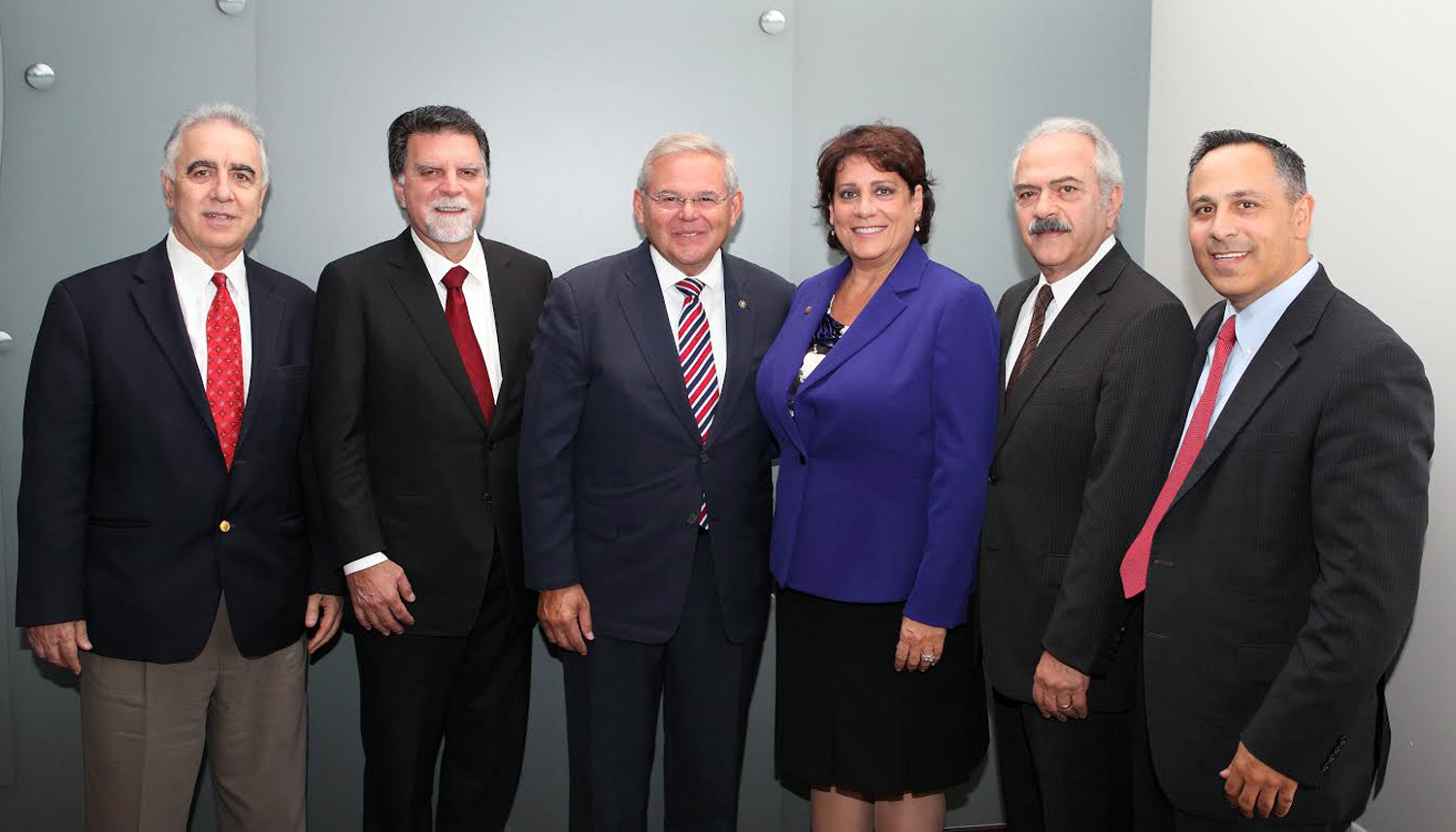 ANCA Leaders Consult with Menendez and Royce on Syria and Iraq‏

LOS ANGELES, CA – The Armenian National Committee of America (ANCA) recently held consultations with the chairmen of the Senate Foreign Relations Committee and House Foreign Affairs Committee on a broad range of Armenian American policy priorities, including the welfare of Armenian communities amid a worsening ISIS crisis, an increasingly strained U.S.-Turkey relationship, and growing instability throughout the greater Middle East.

In separate meetings with Senator Bob Menendez (D-NJ) and Representative Ed Royce (R-CA), ANCA leaders discussed the threat posed by Turkey-backed ISIS aggression in Syria and Iraq, and the welfare of Armenian and other at-risk minority communities in the region, as part of the larger landscape of Armenian American concerns. In each meeting, key points included efforts to end White House complicity in Turkey’s denial of the Armenian Genocide prior to the centennial of this crime, U.S. legislation seeking Turkey’s return of Christian churches, the security of the Nagorno Karabakh Republic, and the further strengthening of U.S.-Armenia relations. These meetings are part of the ANCA’s ongoing engagement with policymakers in the White House, State Department, and Congress on the full range of Armenian American advocacy priorities.

“We thank both Chairman Menendez and Chairman Royce for sharing their insights, for working with us to explore principled and pragmatic solutions, and – most importantly – for exercising their thoughtful and decisive leadership on issues of urgent concern to the Armenian American community,” said ANCA Board Member Raffi Hamparian, who took part in both meetings. “With so many crucial challenges facing the Armenian nation – and so much room for improvement in the Obama Administration’s deeply flawed policies on these issues – we place special meaning on our relationships with friends in Congress, and look forward to working in cooperation with legislators from both parties and across our country to advance our shared interests and common values.”

In April of this year, Chairman Menendez led the Senate Foreign Relations Committee’s successful adoption of the Armenian Genocide Resolution (S.Res. 410), the first such action by a Senate Committee in more than two decades. On the House side, in June of this year, Chairman Royce spearheaded the adoption in the Foreign Affairs Committee of H.R.4347, the Turkey Christian Churches Accountability Act, a bipartisan measure to help secure Turkey’s surrender of stolen Armenian and other Christian Church properties. Chairman Royce also led an April 24, 2014, Congressional delegation to Armenia, where he joined with House Foreign Affairs Committee Ranking Democrat Eliot Engel (D-NY) and fellow Committee members David Cicilline (D-RI), and Lois Frankel (D-FL) in marking the Armenian Genocide at the Dzidzernagapert memorial.