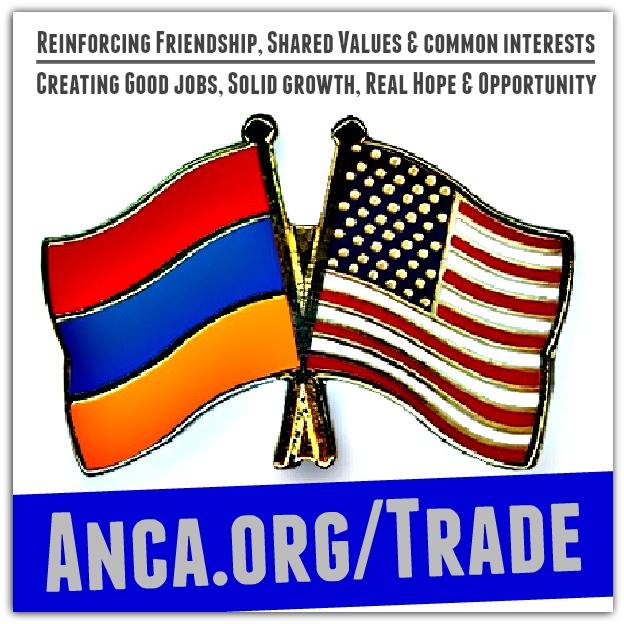 The continued growth of US-Armenia economic relations advances key U.S. regional interests, creates jobs in both countries, and reinforces the enduring friendship between the American and Armenian peoples.

Strategically, bilateral trade and investment is vital to anchoring Armenia to the West and providing Armenia with expanded options and independence in dealing with regional powers.

Armenia is already credited – by the Wall Street Journal and others – as among the freest economies in the region. Increased U.S. economic engagement is a key driver for the progress of Armenia’s ongoing free market reforms.

The U.S-Armenia economic relationship is increasingly defined by expanded U.S. trade and investment, particularly against the backdrop of diminishing U.S. aid spending. The recently concluded Vorotan hydro-electric power deal, valued at over $250 million represents the first large scale U.S. investment in Armenia’s energy sector, paving the way to new and even larger deals in the years to come.

Building upon the signing of a long-sought U.S.-Armenia Trade and Investment Framework Agreement in May of 2015, the ANCA is seeking to deepen and broaden bilateral economic ties through the following initiatives:

Double Taxation Treaty: A U.S.-Armenia Double Tax Treaty is urgently needed to establish a clear legal framework for investors and individuals that have business activities in both jurisdictions, preventing double taxation and facilitating the expansion of economic relations. The lack of a working treaty creates legal uncertainty that deters potential U.S. investors, diverts investment flows, disadvantages American businesses, and – more broadly – hinders the growth of U.S.-Armenia economic relations. Read more about the benefits of an U.S.-Armenia Double Tax Treaty.

Social Security Agreement: A Social Security “Totalization” Agreement is needed to clarify the obligations and entitlements of workers who divide their careers between the US and Armenia. It specifically relieves employers and employees from double social security tax and “totalizes” the employee’s social security tax paid to both countries in order to receive the combined benefits in only one country.

Visa Relaxation: The U.S. and Armenian government have taken meaningful steps toward visa relaxation in order to facilitate business travel and encourage investment, trade, training and information exchanges, but more needs to be done to remove barriers to more robust economic relations.

Trade Missions: The Department of Commerce and other U.S. government agencies should sponsor and support overseas programs for U.S. firms exploring trade and investment opportunities in Armenia.

Key Elements of the current U.S.-Armenia economic relationship include:

Trade and Investment Framework Agreement (2015): The agreement, long sought by the ANCA and signed in Washington, DC during May of 2015, provides a strategic framework for high-level, government-to-government dialogue on trade and investment issues. Areas of bilateral dialogue will include market access issues, customs, taxation, labor, environmental protection, intellectual property rights, and economic reforms.

Joint Economic Task Force (1999): This Task Force was established to leverage U.S. assistance to foster economic cooperation, discuss trade and investment issues, advance financial and market reforms in Armenia, and identify opportunities for the US and Armenia to work together to foster long-term economic development. Over the years, the focus of the Task Force shifted steadily from aid to trade.

Agreement on Trade Relations (1992): This accord protects intellectual property and ensures fair competition.

Bilateral Investment Treaty (1992): This treaty regulates the investment climate and provides for dispute arbitration, in order to encourage economic opportunities for investment, trade, and growth in both countries.

Generalized System of Preferences (GSP): This program promote economic growth in the developing world by providing preferential duty-free treatment. Roughly 90% of Armenian exports to the U.S. are covered by GSP.