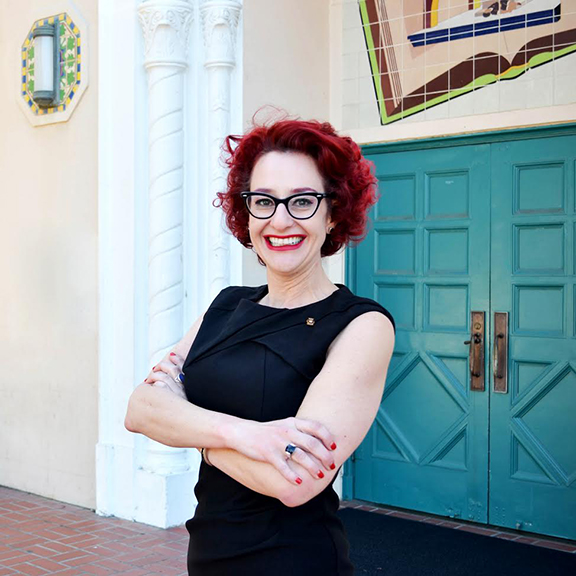 This announcement follows the organization’s endorsements of Dr. Armine Hacopian for GCC Board of Trustees, Area 3 and Ann H. Ransford for GCC Board of Trustees, Area 2, as well as, the endorsements of Zareh Sinanyan and Ara Najarian for two of the three available seats in City Council, Rafi Manoukian for City Treasurer, Ardy Kassakhian for City Clerk, Shant Sahakian for GUSD District D, Greg Krikorian for GUSD District B and Dr. Armina Gharpetian for GUSD District C. ANCA-Glendale also encourages a Yes vote on Ballot Measure L, which will amend the City Charter to require that councilmembers only serve 3 terms.

Running for election in GCC Board of Trustees, Trustee Area 4, Yvette Vartaian Davis began her education at Glendale Community College, earned a B.S. in Anthropology at USC, and a M.S. in Anthropology at California State University, Los Angeles. Davis is the founder of The Counting House, LLC, and a lecturer at the Art Center College of Design. She has served as President of the Rotary Club of Glendale Sunrise, serves as the Treasurer of the Glendale Educational Foundation, and is the Founder and Committee Chair of the Glendale Festival of Arts.

Glendale residents, who are US Citizen but have not registered to vote, must register to vote by March 20 in order to participate in the April 4 elections. Registered voters who wish to vote from home, must request an absentee ballot by March 28th. For more information about the upcoming elections, registration and absentee ballots, please visit www.ancaglendale.org or log on to www.glendalevotes.org.

If you have any questions please contact the ANCA-Glendale Community Outreach Director Margarita Baghdasaryan directly at margarita@ancaglendale.org or call 818-243-3444.