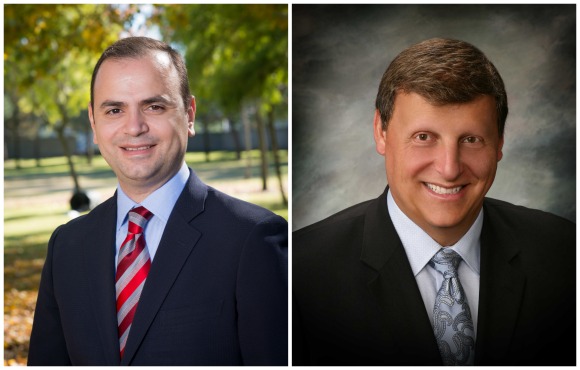 GLENDALE—The Armenian National Committee of America – Glendale and Crescenta Valley Chapters announce the endorsement of incumbent Councilmembers Zareh Sinanyan and Ara Najarian for two of the three seats on the Glendale City Council. The organization has chosen to leave the third seat open.

Ten candidates are competing for three City Council seats up for election. On April 4, voters will be able to choose up to three individuals for a four year term on the City Council. The organization’s decisions to endorse the two incumbents Sinanyan and Najarian, but leave the third seat open comes after a long evaluation process. Candidates were first asked to answer a detailed questionnaire which helped the ANCA Election Committee determine the candidates’ views, stance, and approach in regards to specific issues. The Committee also held formal interviews with the incumbents in order to assess the work they accomplished during their term in office and what they plan to do if reelected.

“Zareh Sinanyan and Ara Najarian have a proven record of advocating for the betterment of Glendale’s diverse population and working closely with the Armenian American Community. It was difficult to reach a decision for the third seat due to the number of qualified candidates. We urge voters to familiarize themselves with all of the candidates and vote accordingly,” stated ANCA-Glendale Chairman, Artin Manoukian.

Current GlendaleCouncilmember and former Mayor Zareh Sinanyan, received a Bachelor’s Degree from UCLA in History and Political Science and a Juris Doctorate from USC. As a Councilmember, Sinanyan has served as the Vice-Chair of the Eco-Rapid Transit Authority, Secretary of the Burbank-Glendale-Pasadena Airport Authority, and currently serves as the Chair of the Glendale Housing Authority. He has also served on the Boards of ANCA-Glendale, ANCA-Burbank, and ANCA-Western Region.

Glendale Councilmember Ara Najarian who has served three terms as Mayor, received a Bachelor’s Degree from Occidental College in Economics and a Juris Doctorate from USC. Najarian has served on the Glendale Community College Board of Trustees, was the Chairman of the Glendale Redevelopment Agency and the Glendale Housing Authority, he was elected to represent the north cities of L.A. County on the Los Angeles Metro (MTA) Board of Directors and served as the Chairman of Metro.

“In the coming weeks, the ANCA- Glendale will set up an online platform on our website, ancaglendale.org where voters can learn about every candidate participating in the April 4 election. As always we will work actively and efficiently to engage voters in the election process, and educate Glendale’s citizens about our endorsed candidates, Measure L, and the new GUSD and GCC districts,” stated the ANCA- Glendale Community Outreach Director Margarita Baghdasaryan.