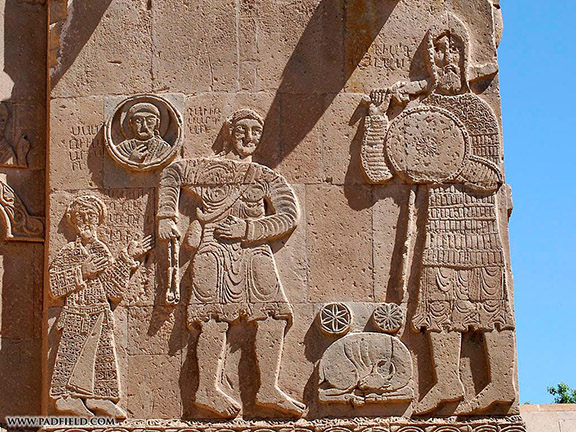 Have you ever been handed $45,000 a month to represent an oil rich and corrupt dictator?

Well, that’s the monthly stipend currently being paid by the Government of Azerbaijan to the Podesta Group, a Washington, DC based lobbying firm led by Tony Podesta – whose brother John is the Chairman of the 2016 Hillary Clinton Presidential campaign.

Perhaps more interesting than this $45,000 monthly payment – a fact on the public record thanks to the Foreign Agents Registration Act (FARA) – is that this contract was amended in early April – just days after Azerbaijan’s attack against Nagorno-Karabakh. In a document filed with the U.S. Department of Justice on April 7, 2016 – just days after Baku’s offensive – the Podesta Group received a fee of $70,000 for actions noted in a FARA filing document as “additional services.” Another term for outright lies, cover ups, and arm-twisting.

Then there is the poster child of lobbyists for the Republic of Turkey – former House Democratic Leader Dick Gephardt. He has a generous $1.7 million contract with the Turkish Government to deny the Armenian Genocide on Capitol Hill and at the White House. The payments from Turkish President Erdogan to Gephardt, per a document filed with the U.S. Department of Justice, are issued in four equal payments (every three months) in the amount of $425,000 – a tidy sum to deny a crime against humanity.

Perhaps, only in the ethically challenged and morally corrosive environment of Capitol Hill, would paying to deny a genocide be viewed – ho hum – as the cost of doing business for Turkey. Likewise for the Podesta Group, which considers it good business to try to force the free people of Artsakh under the Azerbaijani flag of the brutal Aliyev regime.

Welcome to the real world of Washington, DC – where lobbying Goliaths like the Podesta Group and former congressional leaders like Dick Gephardt rake in cash representing foreign dictators like Aliyev and Erdogan.

Now – let me introduce you to Sylvie – the Armenian National Committee of America’s version of a David in our David vs. Goliath battle against lobbyists working for Azerbaijan and Turkey. Sylvie Tertzakian – who calls Orange County, California home – has always lit up a room with her love, intellect and energy. For decades now, she has, as a volunteer, used the full range of her many skills to advance the ANCA’s legislative agenda in support of Armenia, Artsakh and Javakhk in Washington, DC. Sylvie, with her husband Garo by her side and with the support of her whole family, is a shining example of grassroots leadership, rock-solid dedication, and real-world results. Like Podesta and Gephardt, she’s effective, but unlike them she has truth on her side and has never taken a penny for her work on behalf of the ANCA.

Then there is Bearj Barsoumian of Chattanooga, Tennessee – another David for the ANCA. Born in Syria and raised in the city of Aleppo, Bearj now dedicates untold hours as a volunteer ANCA activist – fighting the good fight with federal legislators in the Volunteer State to support the ANCA’s work on issues ranging from securing a Double Tax Treaty between the United States and Armenia to bringing much needed scrutiny to the Madrid Principles, a deeply flawed proposal being advanced by the U.S. Department of State, which seeks to surrender Artsakh’s hard won independence to Azerbaijan.

And there are thousands more like Sylvie and Bearj – ANCA volunteers who work quietly – in ways big and small – to advance the Armenian Cause. Alone, each is an individual David. Together, they are an army: a second army of the Armenian nation, supporting the service and sacrifice of those young men and women serving today on the frontiers of Armenia’s freedom.

Sylvie and Bearj and all of our ANCA volunteers – from all 50 states – receive no compensation for supporting the ANCA – no $45,000 monthly retainer like Tony Podesta has with Azerbaijan – no $1.7 million contract like Dick Gephardt has with the Republic of Turkey. These unheralded volunteers – gamavors we call them in Armenian – are our Davids, battling the Goliath of the Azerbaijani and Turkish lobby in Washington, DC.

These strong and selfless souls – and I count you among them if you have read this far – represent the best tribute we can pay to our proud past and, more importantly, our best hope for our common future. On behalf of a grateful community, I thank you for your volunteer service in support of the ANCA.

Raffi Hamparian is Chairperson of the Armenian National Committee of America.

Photo: A bas-relief of David vs. Goliath from the Cathedral of the Holy Cross on the island of Aghtamar. (Photo: padfield.com)