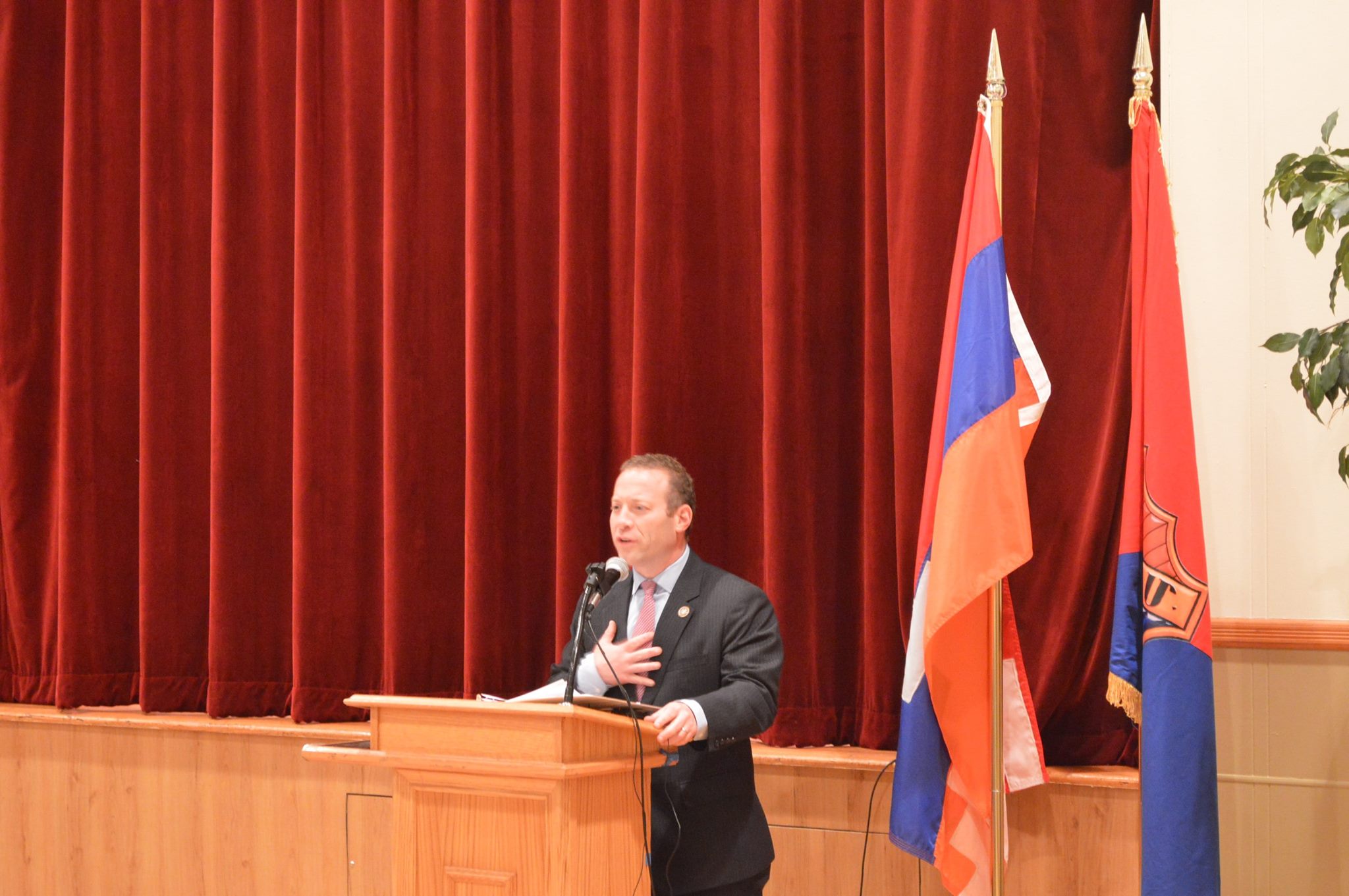 GLEN ROCK, N.J.—A delegation from the Armenian National Committee (ANC) of New Jersey met with first-term Congressman Josh Gottheimer and members of his staff, from New Jersey’s 5th Congressional District, at his office in Glen Rock on the morning of April 24.

A broad array of issues and policy priorities concerning Armenian-Americans were discussed, including the safety and security of the people of Armenia and Artsakh, the need for self-determination for the people of Artsakh Republic, developmental assistance to Armenia and Artsakh, and recognition and reaffirmation and commemoration of the 102nd anniversary of the Armenian Genocide.

At this meeting, Representative Gottheimer confirmed that he had joined the Congressional Caucus on Armenian Issues, shortly after being elected into the U.S. Congress. He also informed the ANC of New Jersey that he signed the Congressional letter encouraging President Trump to properly commemorate the Armenian Genocide, and signed on to House Resolution 220, which recognizes past and present crimes against humanity, including the Armenian Genocide. Later that same day in the evening, Congressman Gottheimer joined hundreds of members of the New Jersey Armenian community, for a program at St. Vartanantz Armenian Church in Ridgefield. Representative Gottheimer spoke about the importance to remember and honor the legacy of those who perished, and also spoke about his support for the current Republic of Armenia and about the right to self-determination for the people of Artsakh.

Kim Hekimian, Chair of the ANC of New Jersey, when addressing those in attendance, said: “I believe Congressman Gottheimer, who has already demonstrated his support on issues of concern to our community, will be a strong friend in Congress. I look forward to developing a stronger friendship with our most recently elected member of Congress from New Jersey’s 5th District, where so many of us live.”