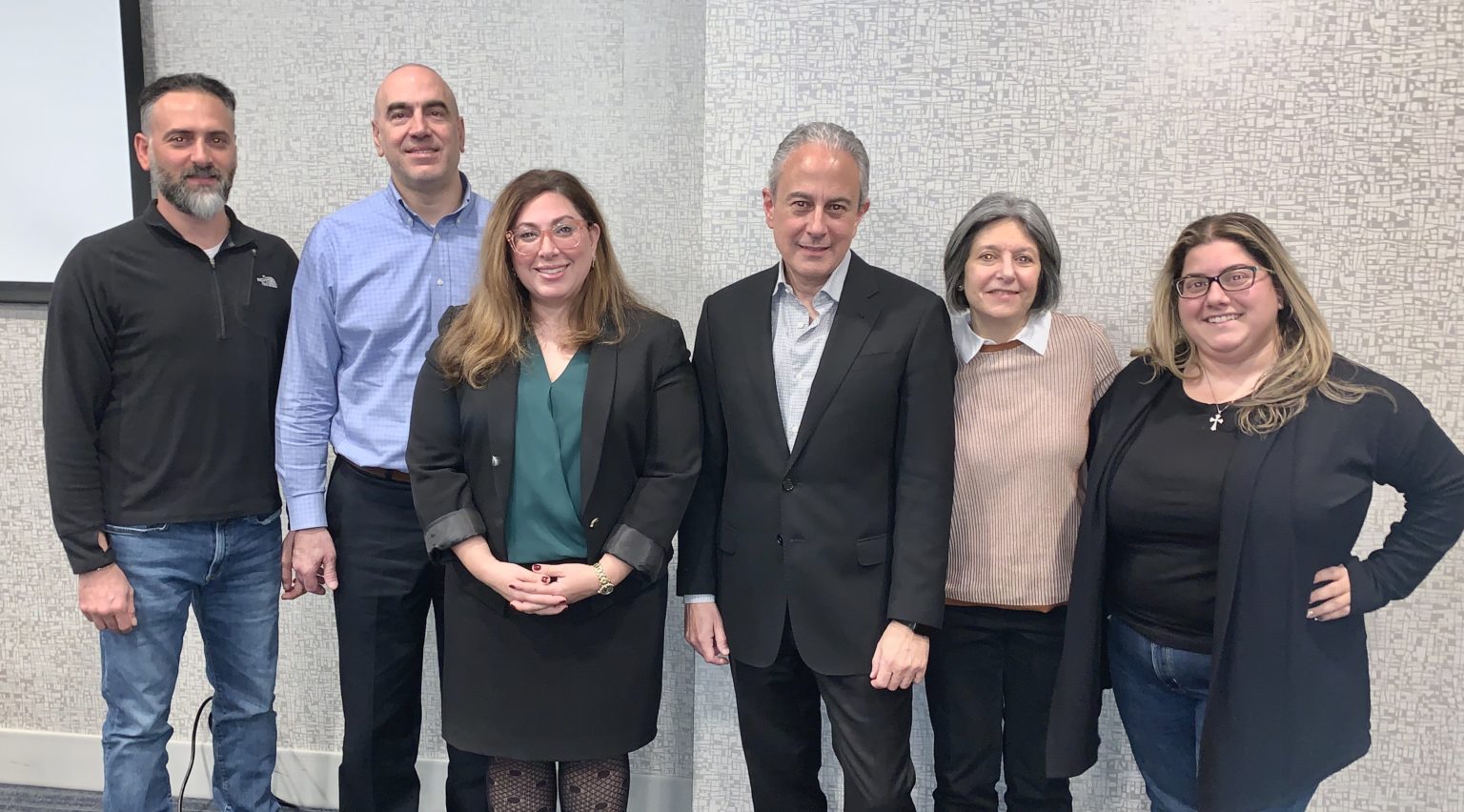 FARMINGTON HILLS, Mich.—When U.S. residents receive their 2020 U.S. Census survey form next March from the U.S. Department of Commerce’s Census Bureau, some will respond. But many others will ignore the communication and resist answering the door when U.S. Census canvassers try to get them to participate in the required decennial count.

That reality and ethnic and minority community fears about answering the U.S. Census were the focus at the Armenian National Committee (ANC) of Michigan’s Community Town Hall on Friday, Nov. 15 at the Holiday Inn Express in Farmington Hills, Michigan.

Guest speaker Dr. Hayg Oshagan outlined the census process, its impact on state funding and electoral representation, and the challenge of encouraging suspicious ethnic and minority communities to participate in the census in Michigan and across the country.

“In the 2010 census, Michigan was the only state that lost population over the decade,” Oshagan said. “We could lose two seats in Congress if it’s a really bad count” in 2020.

The U.S. Census affects more than the number of seats a state has in the U.S. House of Representatives, Oshagan explained. Federal funding a state receives and state redistricting are also impacted, which influence the daily lives of each state resident for the next 10 years.

The New Michigan Media founder and executive director has been deeply engaged in leading an ethnic community U.S. Census outreach campaign to boost Michigan’s ethnic and minority resident census participation, funded by a $1.2 million grant from the Michigan Nonprofit Association.

Michigan’s unprecedented community outreach and organizing effort through New Michigan Media’s network of more than 100 ethnic and minority media affiliates are being tested as a national model because there’s a lot at stake when identifiable groups opt out of taking the U.S. census.

But those who most benefit from those programs are the ones who avoid responding to the census survey and dodge follow up efforts from census canvassers hoping to persuade them to participate.

“Most people don’t know about the census,” Oshagan said. “It’s only nine questions, and it’s absolutely confidential. And for 72 years, (census information) cannot be opened by federal law.”

Getting that message out to ethnic and minority communities is the goal of Oshagan’s project because “minorities are the ones who are hardest to count.” Why?

“People don’t want to give their information out. They’ve lived under repressive governments with secret police where giving this information has real life-and-death consequences.”

An advertising campaign targeting Michigan’s ethnic communities kicks off in mid-January and runs through mid-May, coinciding with the federal government’s January through July 2020 census awareness and canvassing efforts.

“The confidentiality of the census is the key message and the other challenge is who should be delivering the message,” Oshagan noted, adding that ethnic media editors and on-air personalities can be powerful validators of census participation, as can community and religious leaders.

“Already, in 2020 pre-census outreach, there have been 130,000 doors knocked in Detroit, with 25,000 answered and five percent saying that won’t participate,” Oshagan said.

He showed what’s at stake for Detroit’s residents if those numbers don’t shift in a positive direction.

“Detroit gets $2 billion a year for 200,000 Detroit residents. About $5,500 is lost per person, per year for 10 years if they are not counted. This means an undercount of 21,000 Detroiters – three percent – is a loss of $1 billion over 10 years. This has major implications not only for Detroit, but for the entire state of Michigan because Detroit is our largest city.”

For the nation’s largest Armenian-American populations in southern California and the northeast, Oshagan acknowledged that the census results in those locations are critical.

“We say that there are around 500,000 Armenians living in southern California,” Oshagan added. “But the official census numbers are much lower, around 150,000. Those numbers have a tremendous financial impact on dollars allocated to our community for social service and other programs.”

That reality has resulted in the launch of a visible Armenian-American Complete Count Committee information campaign in California to boost census participation and better reflect true Armenian community numbers by encouraging Armenians to fill out the census form and designate themselves as “Armenian.”

“It’s a huge issue for Los Angeles,” Oshagan noted. “On the east coast, it would make the most difference in Massachusetts and New York.”

A lively question and answer period followed Oshagan’s presentation which can be viewed in its entirety on the ANC of Michigan’s Facebook page.