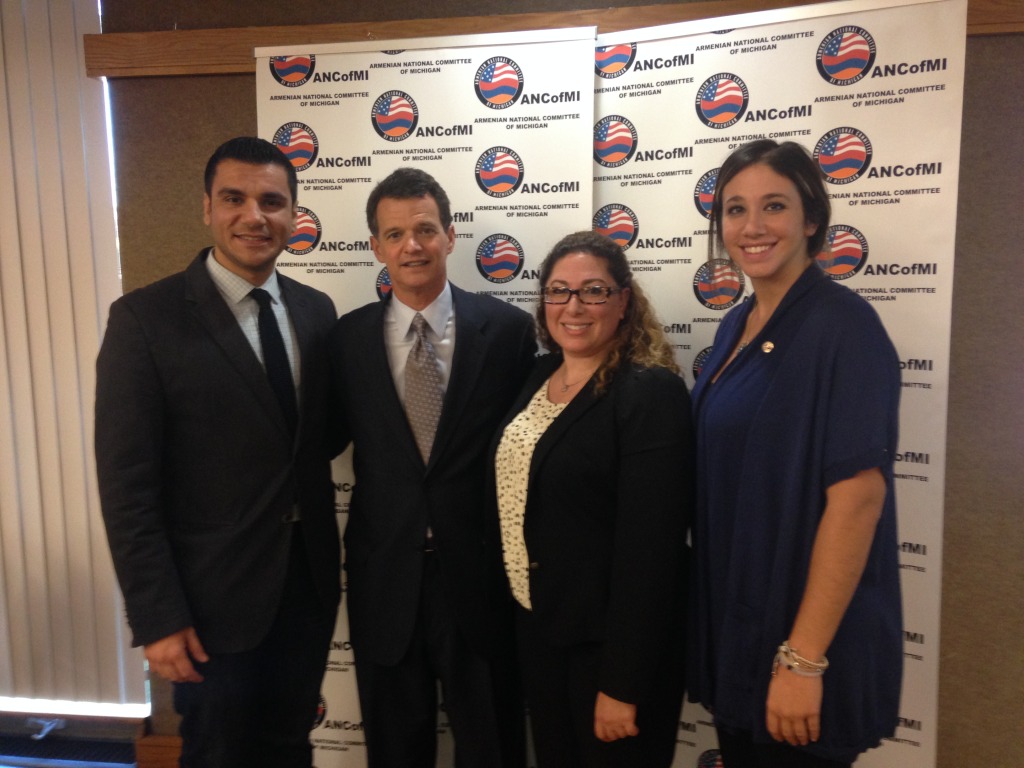 Trott described his stance on economic and foreign policy issues, and his plans for the future, and was open and candid when asked if and how he would support legislation regarding the return of Armenian churches and Armenian Genocide recognition.

Given that the 11th Congressional District of Michigan houses cities most densely populated by Armenians in Michigan, including Novi, Farmington, and West Bloomfield, Trott was keenly aware that the community is looking to him to be its advocate and supporter. He expressed his willingness to help the Armenian cause, and said he would meet with community leaders again to further educate himself in order to advocate in an informed manner.

“We believe that he will support and work with our community and his constituents,” said Lara Nercessian, the co-chair of the ANC of Michigan.

Trott expressed his gratitude to the Armenian community and to the Armenian National Committee of Michigan for the opportunity to speak directly to citizens, and said he looked forward to working with the ANC.