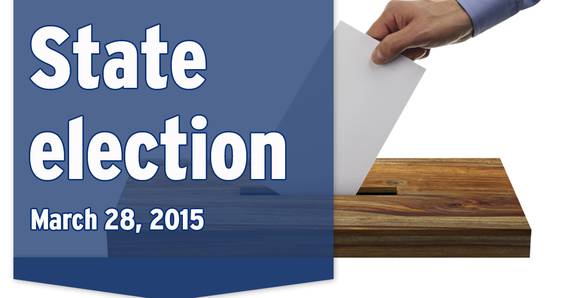 As part of our commitment to advance the concerns of Armenian-Australians, the Armenian National Committee of Australia (ANC Australia) approached and met with key Members of Parliament and candidates ahead of the 2015 NSW Election, which will be held on Saturday 28 March 2015.

ANC Australia’s Guide to the 2015 NSW Election serves to communicate the messages and promises that our politicians and candidates have conveyed to us regarding issues that specifically concern, and are fundamentally important, to our community. The matters discussed during our meetings relate to both Australian-domestic and Armenian-specific issues.

A wide range of issues were discussed, including but not limited to, the Centenary of the Armenian Genocide, funding for Armenian-Australian community projects, and educational programs for a number of NSW-based Armenian schools.

As general party policies are readily available to the Australian mainstream through media outlets and party websites (Australian Labor Party [ALP]: www.alp.org.au | Liberal Party of Australia [LIB]: www.liberal.org.au), this guide will focus on the policy positions held by our politicians and candidates on Armenian-specific issues.

Over the 55th Parliamentary term, ANC Australia held more than 400 meetings with NSW legislators in order to discuss Armenian-Australian issues. Additionally, in the lead up to the 2015 NSW Election, ANC Australia held meetings with sitting members and key candidates in Armenian-populated electorates in order to secure support on all issues of importance to the Armenian-Australian community.

In 2015 Gladys Berejiklian (LIB), the current Deputy Leader, Minister for Transport and Minister for the Hunter, stands for reelection with a 30.4% margin from the 2011 election. Berejiklian is the leading advocate in the NSW Parliament on all Armenian related issues. Berejiklian stands to be reelected with a comfortable majority.

We support Berejiklian in her reelection campaign.

Davidson, which covers a the heavily-Armenian populated suburbs of Castle Cove, Frenchs Forest, Forestville, Davidson and Belrose, will see the sitting member, Jonathan O’Dea (LIB) run for reelection for the third time with a 36.2% margin.

O’Dea is the current Chairman of the Armenia-Australia NSW Parliamentary Friendship Group and has been a long-standing friend of the Armenian-Australian community. In 2013 he led a cross party parliamentary delegation to the Republic of Armenia and the Republic of Nagorno-Karabakh. O’Dea has championed the plight of Syrian-Armenians, has spoken on the attacks on Kessab and has been in attendance at every Armenian Genocide commemoration since entering Parliament.

We support O’Dea in his reelection campaign.

The electorate of Ryde is a key seat for the Armenian-Australian community, which has been held by Victor Dominello (LIB) since the 2008 by-election. He currently holds a 25.2% margin.

Dominello has been a long-term supporter of Armenian issues. A controversy in early 2015 has surfaced when Multicultural NSW, a government agency overseen by him in his capacity as Minister for Citizenship and Multicultural Affairs, issued a set of guidelines titled “Guidelines on the Recognition of Historical Events”. These Guidelines would have placed considerable limits on the various communities’ abilities to commemorate historical events, including the Armenian Genocide. Although the Guidelines were subsequently withdrawn after intense lobbying by the Armenian National Committee of Australia, Dominello decided not to stand aside the CEO of Multicultural NSW, Hakan Harman, despite the calls of over fifteen leading NSW based ethnic organisations.

On 25 March 2015 Dominello issued a statement to the Armenian community, which can be read below:

Statement to the Armenian community

Since being elected to Parliament in 2008 I have been a strong supporter of the Armenian community. I have demonstrated my solidarity with the community on many occasions, for example:

Some members of the Armenian community have raised concerns following the unveiling of a plaque at the ANZAC Memorial recognising Mustafa Kemal Ataturk’s words of comfort to the Anzac mothers who lost their sons in Gallipoli in the Great War.

Given that the community may not be aware of the origins and history behind the project, I think it’s important to explain the process by which it was chosen and my obligations as a minister.

As a Minister of the Crown in NSW I am required to give pledge my loyalty to Australia and the people of NSW and give an oath that I will perform the functions and duties as a Minister faithfully and to the best of my ability. I take this pledge and oath with great honour and deep solemnity.

As a Minister for Veterans’ Affairs in NSW, I receive advice from the NSW Centenary of Anzac Advisory Council. This Council was established in 2012 to advise the government on how best to commemorate the Centenary of Anzac in NSW (between October 2014 and November 2018).

The Council is made up of 27 community leaders including some very distinguished and highly decorated Australians, such as Lieutenant General Ken Gillespie AC DSC CSM (who is current Chairman), Air Vice-Marshall Bob Treloar AO and Dennis Cowdroy OAM QC.

The project for a plaque reciting the words of Ataturk was proposed by the NSW Centenary of Anzac Advisory Council in 2012, then chaired by General Peter Cosgrove. In 2013 Cabinet approved the NSW Government’s Centenary of Anzac commemoration program, including the Ataturk Memorial project.

The plaque provides the text of speech written by Mustafa Kemal in 1934 in memory of the allied soldiers who fell during the Gallipoli campaign and is not a monument to Mustafa Kemal Ataturk, President of the Turkish Republic.

I want to reassure you that I remain a loyal friend to the Armenian community and I will continue to do my utmost to represent your interests as a Member for Parliament and as a Minister.

The electorate of Smithfield, which captures the suburbs of Fairfield, Canley Vale, Canley Heights and Wakeley, is currently held by Guy Zangari (ALP) is held with a very tight 2.2% margin.

Zangari, who has been a vocal advocate of Armenian issues has been a regular presence at Armenian Genocide commemorations and has assisted with NSW funding for various community projects and he has been an active member of the Armenia-Australia NSW Parliamentary Friendship Group.

We support Zangari in his reelection campaign.

The newly created seat of Prospect is currently held by Andrew Rohan (LIB) with a margin of 1.1%.

Rohan, who is of Assyrian descent, has played a key role in the recognition of the Armenian, Assyrian and Greeks genocides by the NSW Government and has assisted in securing Government funding for various Armenian community.

Rohan has been an active member of the Armenia-Australia NSW Parliamentary Friendship Group.

We support Rohan in his reelection campaign.

There are a number of members of the Legislative Council who stand for reelection for another six-year term. ANC Australia supports the following candidates who have provided ongoing and active support to Armenian community issues:

ANC Australia thanks all candidates for the meetings and wishes the supporters of Armenian-Australian issues well in their election campaigns.