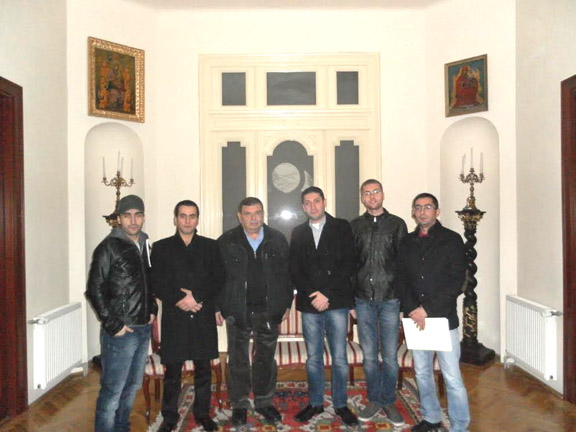 SYDNEY: The Armenian National Committee of Australia (ANC Australia) has called on its community to sign an ONLINE PETITION demanding Australia helps stop the Rebel-led bombings of innocent civilians in the heavily Armenian-populated Syrian city of Aleppo.

Attacks on the Armenian-populated regions of Aleppo – such as Nor Kyugh – have escalated in recent days, leading local authorities to designate the area a ‘disaster zone’.

Australia demands an end to Rebel-led bombings of innocent Christians and all civilians in Aleppo;

Australia pressures its allies, including the United States of America and Turkey, demanding they stop funding these Rebel forces destroying Christian homes in Syrian regions such as Aleppo and Kessab;

He and his Foreign Minister, Julie Bishop provide an appropriate response to ANC Australia’s last petition asking Australia to condemn Turkey’s role in the forced depopulation of the historically Armenian populated city of Kessab, Syria.

All signatures will be sent daily to the Prime Minister’s office electronically and by Fax.

CLICK HERE TO ADD YOUR NAME TO THE PETITION TO #SAVEALEPPO NOW!