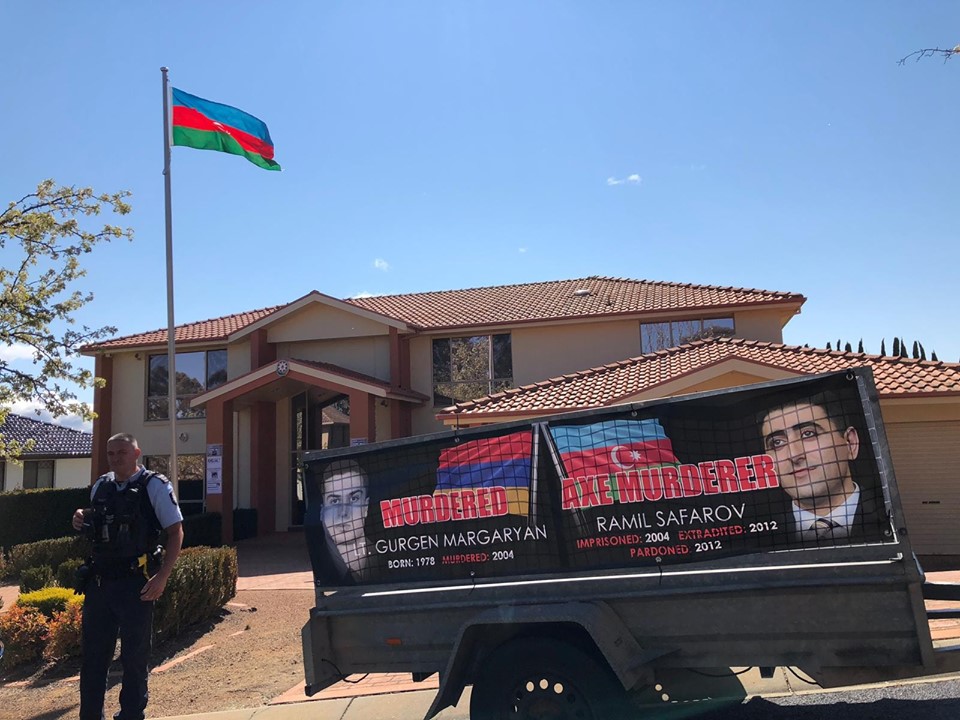 A group of members from the Armenian Youth Federation of Australia at the Azerbaijani Embassy in Canberra, to remind Baku that Armenians have not forgotten the injustice associated with the cold-blooded murder of Gurgen Margaryan in 2004 at a NATO for Peace joint military exercise in Hungary.

Margaryan was axed to death while sleeping by Azerbaijani army captain Ramil Safarov, who hacked him 16 times to the point of near-decapitation.

He was sentenced to life by a Hungarian Court in 2006, before being extradited due to a suspicious deal between Baku and Budapest. Safarov is now a National Hero in Azerbaijan and has been promoted twice for his brutality.

Therefore AYF-AU is demanding Safarov is returned to prison, and that the state-sanctioned Armenophobia (racism against Armenians) is put to permanent rest through the recognition by Baku of the Republic of Artsakh.