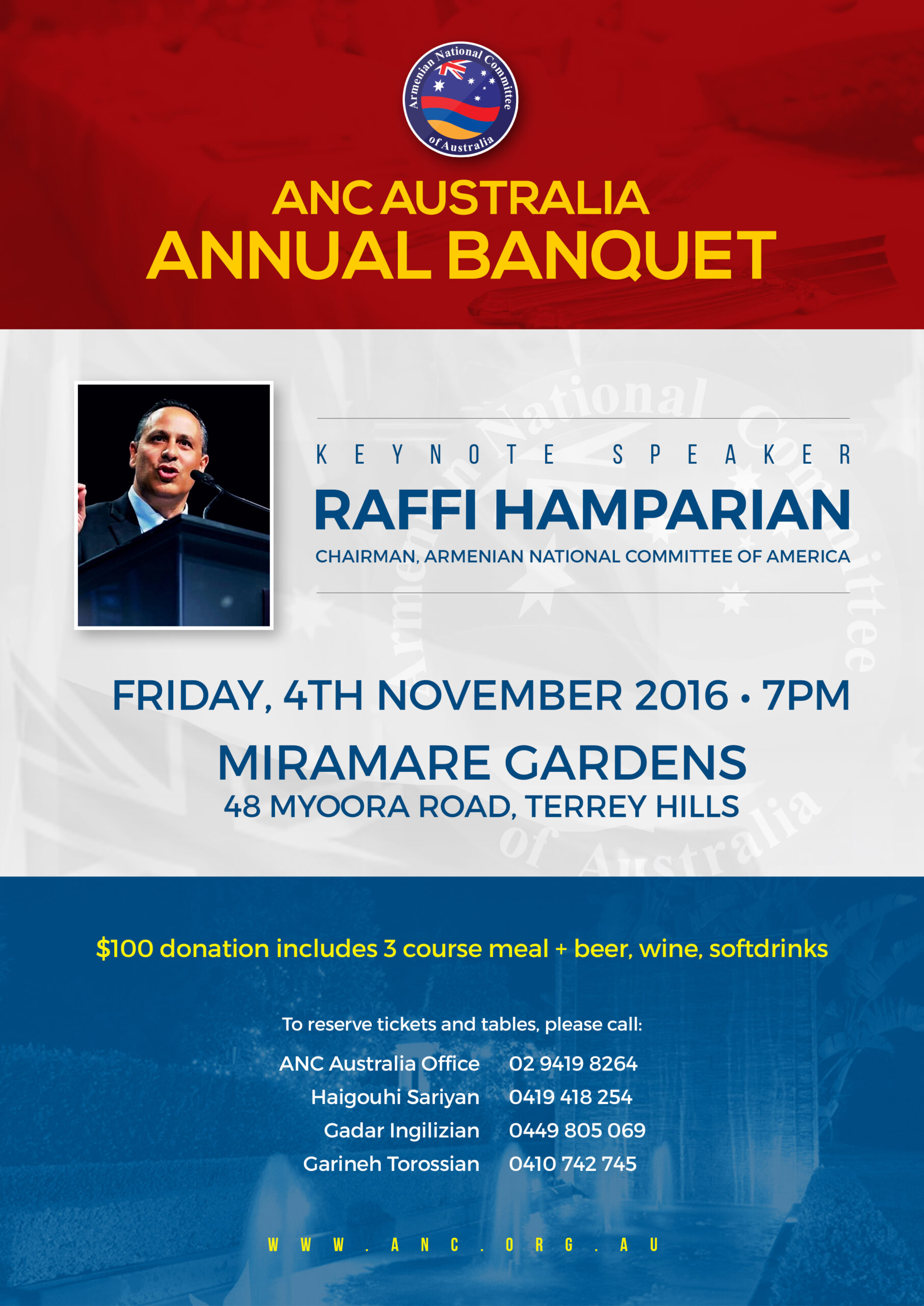 The ANC Freedom Award will be presented on the night for only the second time in Australia, after former Treasurer of Australia, the Hon. Joe Hockey, now Ambassador of Australia to the United States of America, was awarded the same accolade last year for his consistency in advocating for Armenian Genocide recognition by the Parliament of Australia. Other Freedom Award recipients from around the world have included former U.S. Ambassador to Armenia, John M. Evans, Baroness Caroline Cox from the UK’s House of Lords, Henry Morgentau Jr. among others.

The Banquet will also feature the presentation of the annual “ANC Australia Friend of the Armenian-Australian Community Award”, which is awarded to those individuals who have made a significant contribution towards the promotion of Armenian-Australian issues in the public sphere throughout the year. Previous recipients of this award include John Alexander, Jonathan O’Dea, Walt Secord, Paul Fletcher, and many others.

ANC Australia is also proud to announce that nine members of Australian public office, from both the Federal and State level of politics, will be presented with the Republic of Nagorno-Karabakh’s “Gratitude Medal”, one of the highest civilian honours of the State.

Vache Kahramanian, the Managing Director of ANC Australia said: “The ANC Australia Annual Banquet is one of the main events of our Community’s calendar each year, capping off the last 12 months of public affairs and advocacy. We look forward to honouring the very worthy recipients at our Annual Banquet with these distinguished awards, and to marking our achievements over the last 12 months with our supporters. We look forward to you joining us at our Banquet to be an important part of this outstanding occasion.”