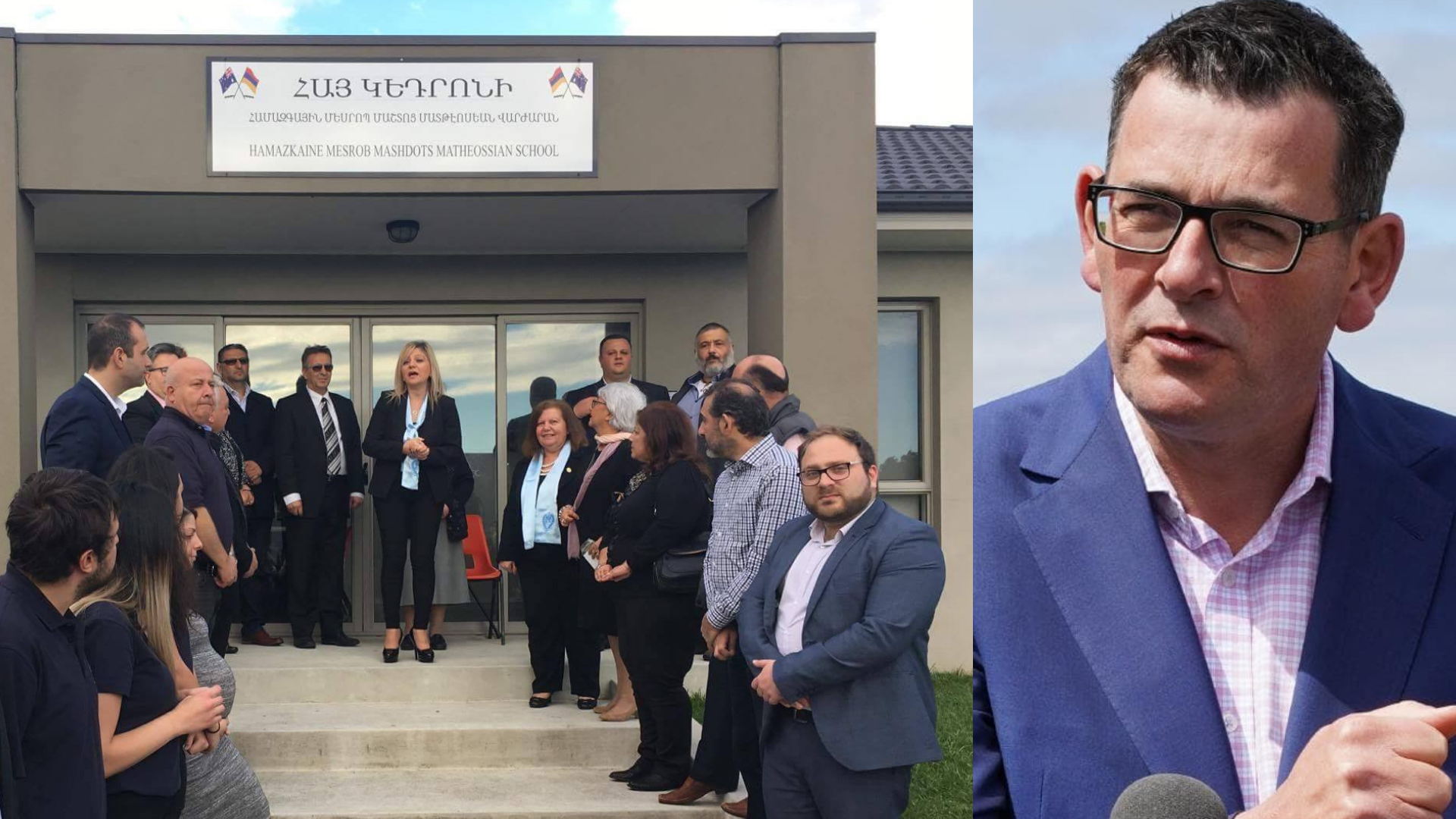 MELBOURNE: The Premier of the Australian state of Victoria, the Hon. Daniel Andrews MP has announced that, if re-elected, his government will provide $35,000 funding towards the upgrade of the Armenian Community Centre (Hye Getron), located on Police Road in Springvale, reported the Armenian National Committee of Australia (ANC-AU).

With the Victorian State Election scheduled to take place on Saturday 24th November, the ANC-AU – Melbourne Branch has sought meetings with incumbents and candidates in Armenian-populated seats. Andrews is the current Member for Mulgrave, which is populated by many Melbourne Armenians, while it also houses the Armenian Community Centre (Hye Getron).
“

Following discussions with Andrews’s office, ANC-AU – Melbourne Branch secured the $35,000 grant, which will upgrade the carpark and fencing of the centre, which also houses the Hamazkaine Mesrob Mashdots Matheossian Saturday School.

Andrews, who has been the Labor Premier of Victoria since 2014, reaffirmed his support for the Armenian community by stating: “Our Armenian community makes a proud contribution to Victoria and I’m proud to offer this support. With these investments, we’ll will make sure that the Armenian Community Centre has the facilities it needs to keep serving Armenian Victorians for years to come.”

ANC-AU – Melbourne Branch Chairman, Asbed Boymoushakian thanked the Premier for his commitment before outlining his team’s next steps.

“This is a great result for our community,” he said. “Many of our unsung heroes who work in the background to make this Centre a true home for so many of us will wholeheartedly appreciate the commitment provided.”

Boymoushakian added: “An upgrade for our Community Centre is thoroughly appreciated. Importantly for us at the Armenian National Committee, elections are opportunities to build on relationships that will allow for advancement of our community’s core public affairs priorities, including Armenian Genocide recognition and the self-determination rights of our brothers and sisters in Artsakh, which we will focus on within the next Parliamentary term.”

ANC-AU – Melbourne Branch is in discussions with the campaign of the Liberal Party’s candidate for the seat of Mulgrave, Ms Maree Davenport to seek her position on the funding commitment.