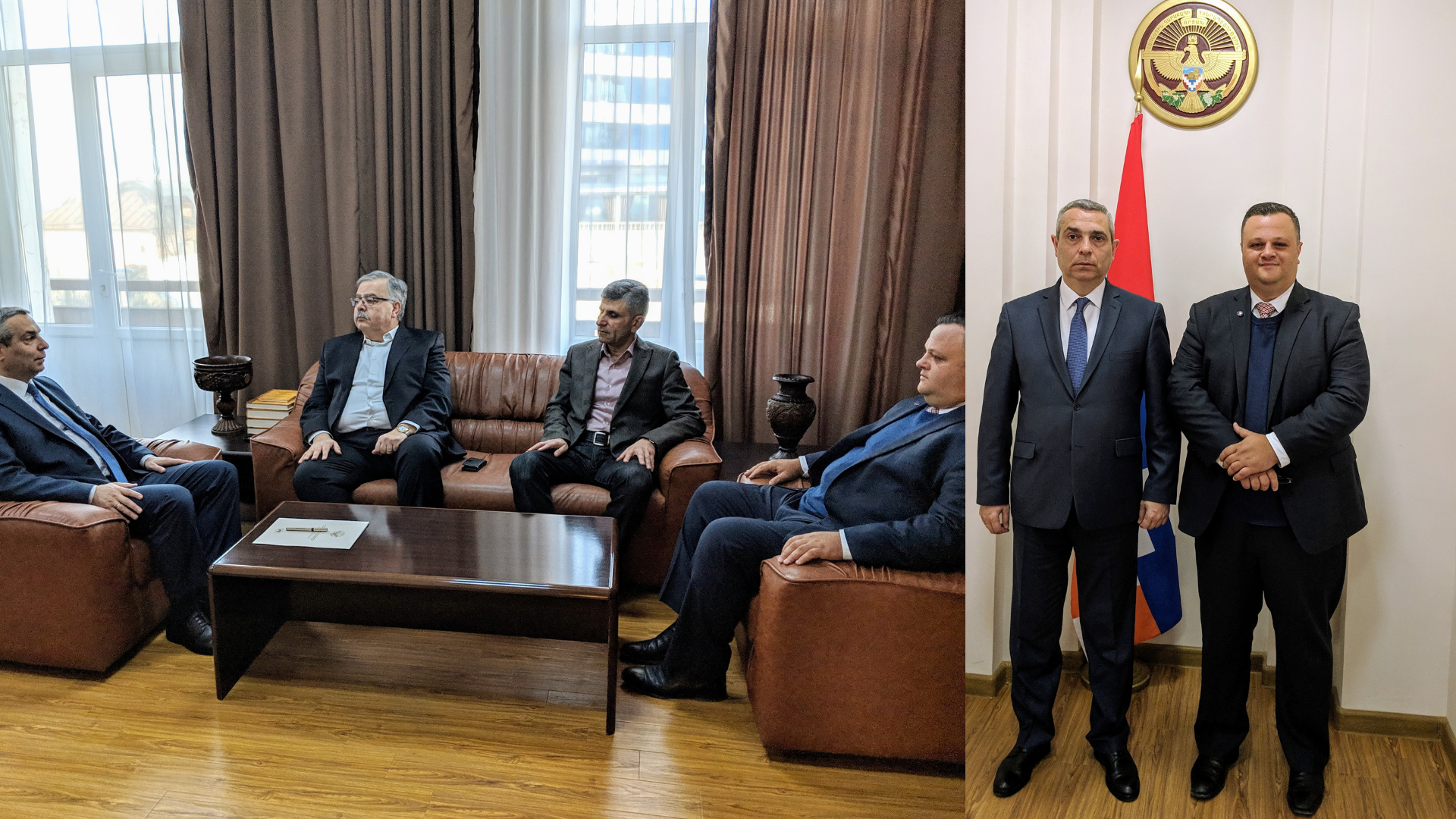 STEPANAKERT: The Executive Director of the Armenian National Committee of Australia (ANC-AU), Haig Kayserian has met with the Foreign Minister of the Republic of Artsakh (Nagorno Karabakh), Masis Mayilian.

The meeting, which took place at the Artsakh Foreign Ministry Office in Stepanakert on 22nd January 2019, reviewed recent developments in the Nagorno Karabakh peace process, as well as ANC-AU efforts in raising awareness for the rights to self-determination for the Armenians of Artsakh.

Foreign Minister Mayilian was highly complimentary of these efforts, as well as the efforts of the greater Armenian-Australian community and the Republic of Artsakh’s Representative in Australia, Kaylar Michaelian.

Kayserian – who was accompanied by Artsakh Member of Parliament, Davit Ishkhanyan and the Chair of Armenian National Committee – International, Hagop Der Khachaturian – pointed out that some of the key 2018 achievements which were discussed included:

“Mr. Mayilian was very appreciative of our community’s efforts in standing with the Republic of Artsakh, promoting the safety and rights of its citizens,” Kayserian said. “I reiterated our pledge to continue with renewed vigour, as Armenian-Australians will always prioritise peace and security for the Republic of Artsakh.”

Mayilian and Kayserian discussed future plans to increase bilateral relations between the Republic of Artsakh and Australia, and they set certain targets in this regard.