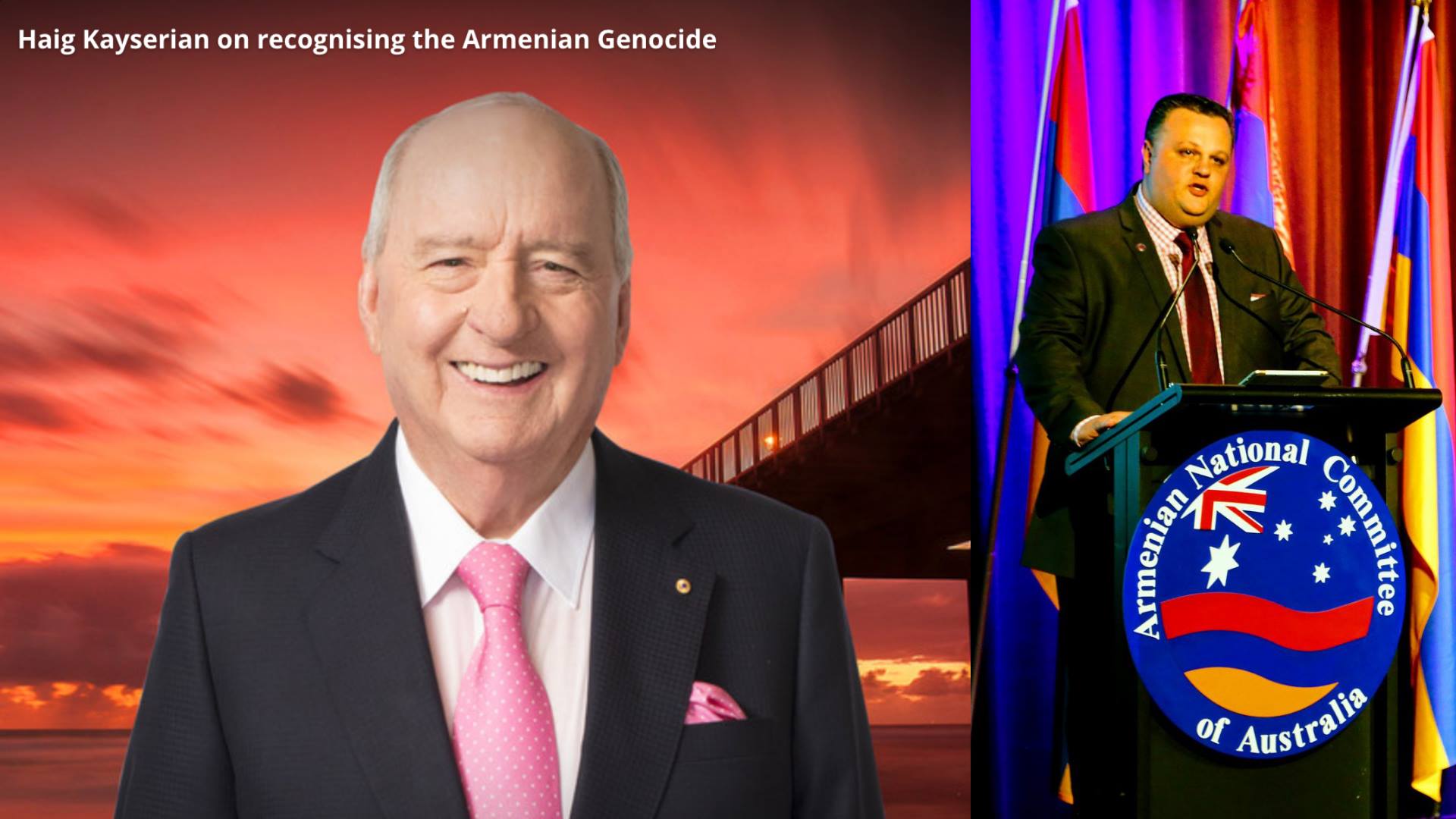 ANC-AU EXECUTIVE DIRECTOR HAIG KAYSERIAN TO ALAN JONES OF 2GB: THESE COMMENTS BY ERDOGAN HAVE LIFTED THE DIPLOMATIC VEIL

SYDNEY: Australia’s leading radio broadcaster Alan Jones has interviewed Armenian National Committee of Australia (ANC-AU) Executive Director, Haig Kayserian in light of comments by Turkey’s President, Recep Tayyip Erdogan, during which he threatened to return Australians and New Zealanders traveling to Gallipoli for ANZAC Day Commemorations “in their coffins like their grandfathers”.

Erdogan made the following comments during election campaigning, in response to last week’s Christchurch terrorist attack, which resulted in the shooting death of 50 Muslims praying in two Mosques in the New Zealand town: “Your grandparents (referring to ANZACs of 1915) came, some of them returned in coffins. If you come as well like your grandfathers (not in peace), be sure that you will be gone like your grandfathers,” Erdogan said, adding “the enemies of Muslims have shown that they continue to hate us”.

On his nation-leading 2GB Breakfast Show on Wednesday 20th March 2019, Alan Jones took Erdogan to task over his comments. He first interviewed Australia’s Prime Minister Scott Morrison, who revealed he was “very offended” by the comments and would call in the Turkish Ambassador to express the Australian Government’s regrets at the “unhelpful” contribution of his President.

Jones then spoke to ANC-AU’s Kayserian, starting by giving an accurate historical summary of the Armenian Genocide, which saw 1.5 million Armenians massacred by the Young Turks in the closing days of the Ottoman Empire.

After asking about the feelings of Armenian-Australian in light of Erdogan’s comments, Kayserian answered Jones by expressing his community’s frustration at the Australian Government’s failure to formally recognise the Armenian Genocide because of Turkey’s threats to damage diplomatic relations between the countries, specifically using the ANZAC memorial in Gallipoli as a “pawn” to frighten Canberra from properly acknowledging what happened to the Armenians in 1915.

“I think these comments by Erdogan have lifted that diplomatic veil, and what our community has been trying to promote to the Australian Government over many years is being observed now by the wider public,” Kayserian said.

“On occasions in the past when Australian parliamentarians have brought attention to this issue, Turkey has threatened to close Gallipoli – they’ve used our ANZAC history as a pawn to stop Australia from taking a step that many countries around the world have taken. These most recent comments present an opportunity for Australia to take a stance,” he added.

Kayserian went on to call on The Returned and Services League (RSL) to condemn Erdogan’s comments as offensive to the diggers and Australians wanting to honour those diggers today.

“My conversations with politicians over the years have revealed that they are a little bit afraid of a reaction from the RSL should they recognise the Armenian Genocide and Turkey was to enact one of their threats on Gallipoli,” Kayserian said. “I think the RSL really needs to take a stance on this and condemn Erdogan’s comments.”

Kayserian concluded by stating: “The ANZAC history is not a pawn to be used in an election campaign by a despot on the other side of the world.”

Listen to the interview  clicking here and scrolling down.