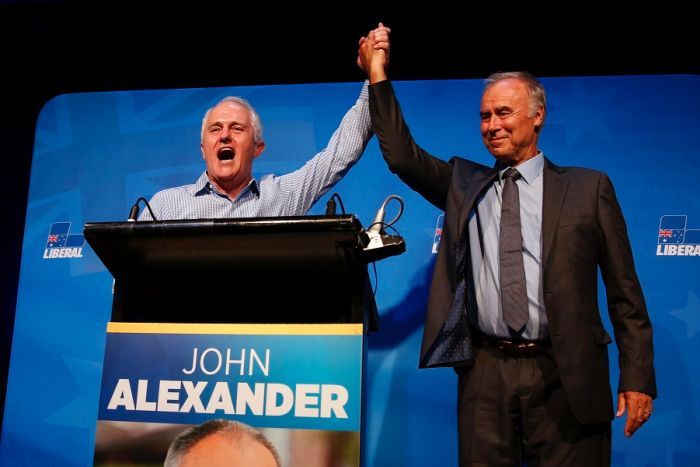 SYDNEY: The Armenian National Committee of Australia (ANC-AU) has congratulated Liberal John Alexander on his re-election to the Federal seat of Bennelong, after successfully seeing off the challenges of Labor’s Kristina Keneally, The Australian Greens’ Justin Alick, Australian Conservative Party’s Joram Richa and others during a closely-fought by-election in what is the largest Armenian-populated electorate in Australia.

“We congratulate John Alexander on his election, and commiserate with Kristina Keneally, Justin Alick and Joram Richa – all of whom met with the Armenian National Committee of Australia and committed to advancing our efforts for Federal Parliament recognition of the Armenian Genocide, the rights to self-determination of the Armenians of the Republic of Artsakh, and local community issues, including the expansion of Homenetmen Ararat’s and Hamazkaine Nairi’s facilities,” commented ANC-AU Managing Director, Vache Kahramanian.

“John Alexander, a former recipient of our organisation’s ‘Armenian-Australian Community’s Friend of the Year’ award, has been a voice for Armenian issues in the Federal Parliament since his first election victory in 2010, and we look forward to continuing our work with him and his team to advance community priorities.”

“We wish the unsuccessful candidates every success in their future endeavours,” Kahramanian added. “We enjoyed meeting Kristina Keneally and earning her support for Armenian issues, while the formal party recognition of the Republic of Artsakh by The Australian Greens was delivered as a result of our meeting with their candidate, Justin Alick.”

Alexander, who has been a close friend of the Armenian-Australian community and spoken publicly and in government on many occasions on the issues of Armenian Genocide recognition and the rights to self-determination of the Armenians of Artsakh, presented the following commitments in the ANC-AU Pre-Election Guide.

“I strongly believe the Armenian Genocide should be recognised by theParliament of Australia. I have spoken in support of this many times and helped inform my parliamentary colleagues about this issue. Many have joined me as members of the recently-formed Australia-Armenia Inter-Parliamentary Union.”

“I will continue to advocate on behalf of the Armenians of the Republic of Artsakh for the right to self-determination and I hope to join your delegation to Armenia in 2018.”

“Thank you for raising the needs of the Homenetmen Scouting and Sporting Association’s Ararat Chapter and the Hamazkaine Armenian Cultural and Educational Society’s Nairi Chapter, who operate from Ryde’s Santa Rosa Park Scout Hall. I pledge to help advocating your case in trying to secure resources for the planned expansion of facilities.”

Alexander also delivered an ANC-AU Facebook Live Pitch to the Armenian-Australian Community, reiterating some of the above. Watch below or by clicking here.