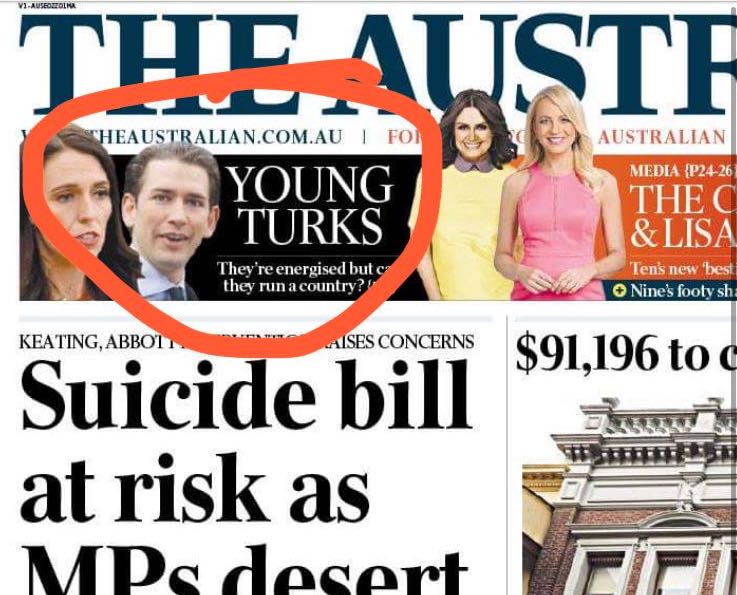 SYDNEY: The Armenian National Committee of Australia (ANC–AU) has criticised The Australian newspaper for glorifying the deeply offensive phrase, “Young Turks” on their front page on 23rd October, 2017.

The origins of the phrase “Young Turks” stem from the Ottoman Empire’s nationalistic movement, which entailed a Pan Turkic vision that involved the elimination of the Empire’s thriving Christian minorities – the Armenian, Greek and Assyrian populations.

ANC-AU Managing Director, Vache Kahramanian commented: “Imagine that headline said ‘Nazis’ in an effort to describe a pioneering new political force in 2017. Would that even be considered? Rightfully not! And nor should the phrase ‘Young Turks’, after a group responsible for the brutal genocide of over 1.5 million Armenians, Greeks and Assyrians.”

In his letter to The Australian, Kahramanian outlines how in the past, the newspaper has played a valiant role in recognising and reporting on the Armenian Genocide. It is therefore saddening that The Australian would liken the spectacular rise of Ardern and Kurz to the group responsible for the project of eliminating these minority populations.

Kahramanian added: “We ask only that The Australian not dignify historical revisionism, and retract its use of a term that causes offence to the many descendants of the survivors of the genocide who call Australia home.”