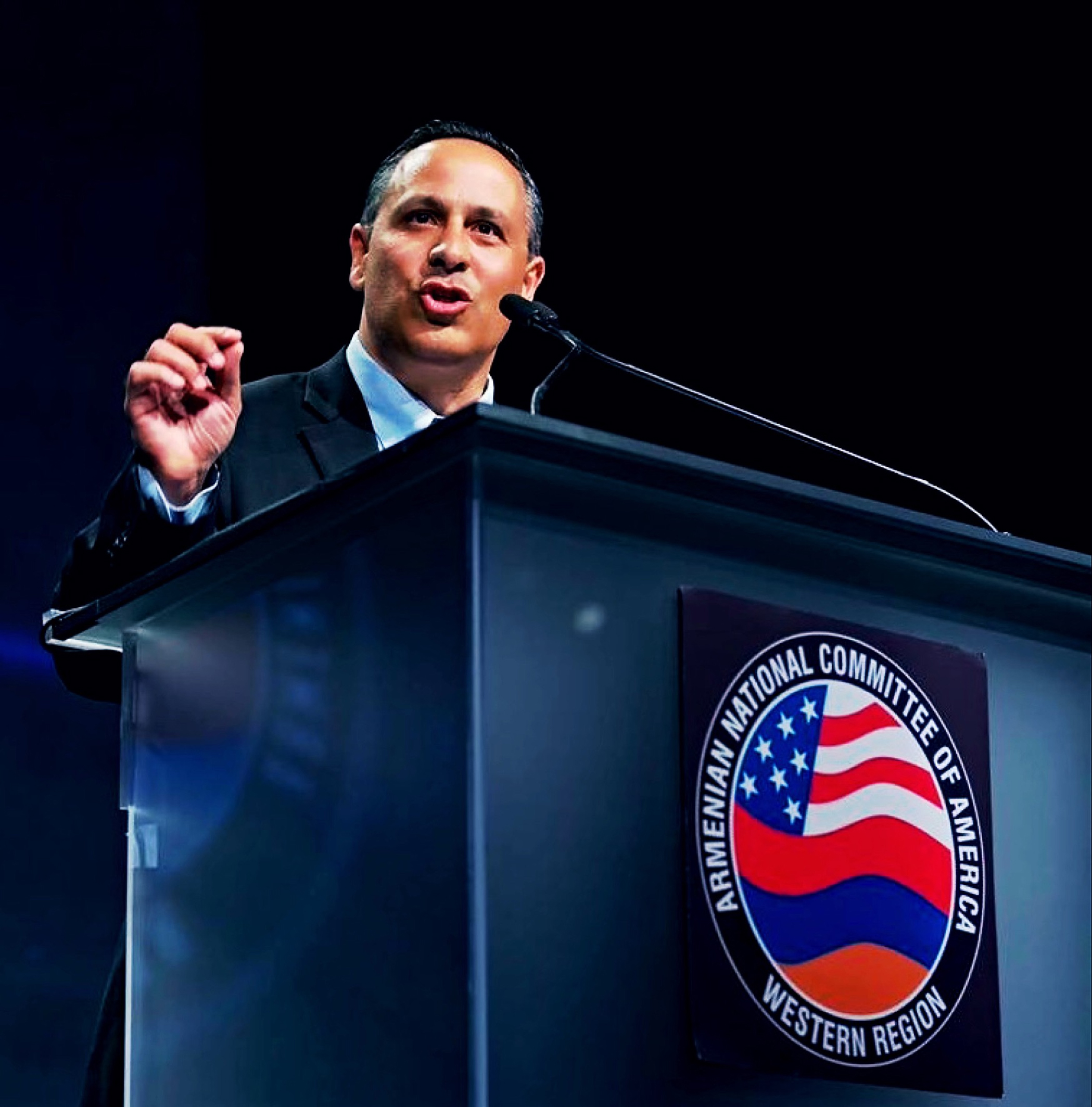 One of the most exemplary advocates of the Armenian cause, Hamparian will be present at ANC Australia’s Annual Banquet on November 4th, where he will deliver the Keynote Address. He will also be part of a delegation that will be traveling to Canberra for Advocacy Week and meeting with Federal Members of Parliament.

Born in New York City and raised in New Jersey, Hamparian is a graduate of Rutgers, the State University of New Jersey, where he also earned a Masters Degree in International Relations. Hamparian has worked for a number of members of the U.S. Congress, most recently as the chief Foreign Affairs aide for former New Jersey Congressman Steven R. Rothman. He currently serves as the Director of Federal Affairs for the Los Angeles County Metropolitan Transportation Authority.

Earlier this year, Hamparian was named as Ken Hachikian’s successor to Chair the Armenian National Committee of America, headquartered in Washington, D.C. He also sits on the Board of the recently-formed Armenian Legal Center for Justice and Human Rights (ALC).

Hamparian’s visit to Australia comes at a time of a reformed post-Centenary outlook on Armenian Genocide advocacy in Australia and around the world, and during a time of heightened tensions in the Republic of Nagorno-Karabakh as a result of Azerbaijan’s ongoing aggression. Hamparian has been a leader on these fronts.

ANC Australia Honorary Chairman, Greg Soghomonian said: “We are delighted to once again be hosting Mr. Hamparian in Australia for Advocacy Week. Without a doubt, his experiences leading advocacy in the U.S. will provide an important insight into issues we address in unison through the global ANC movement.”