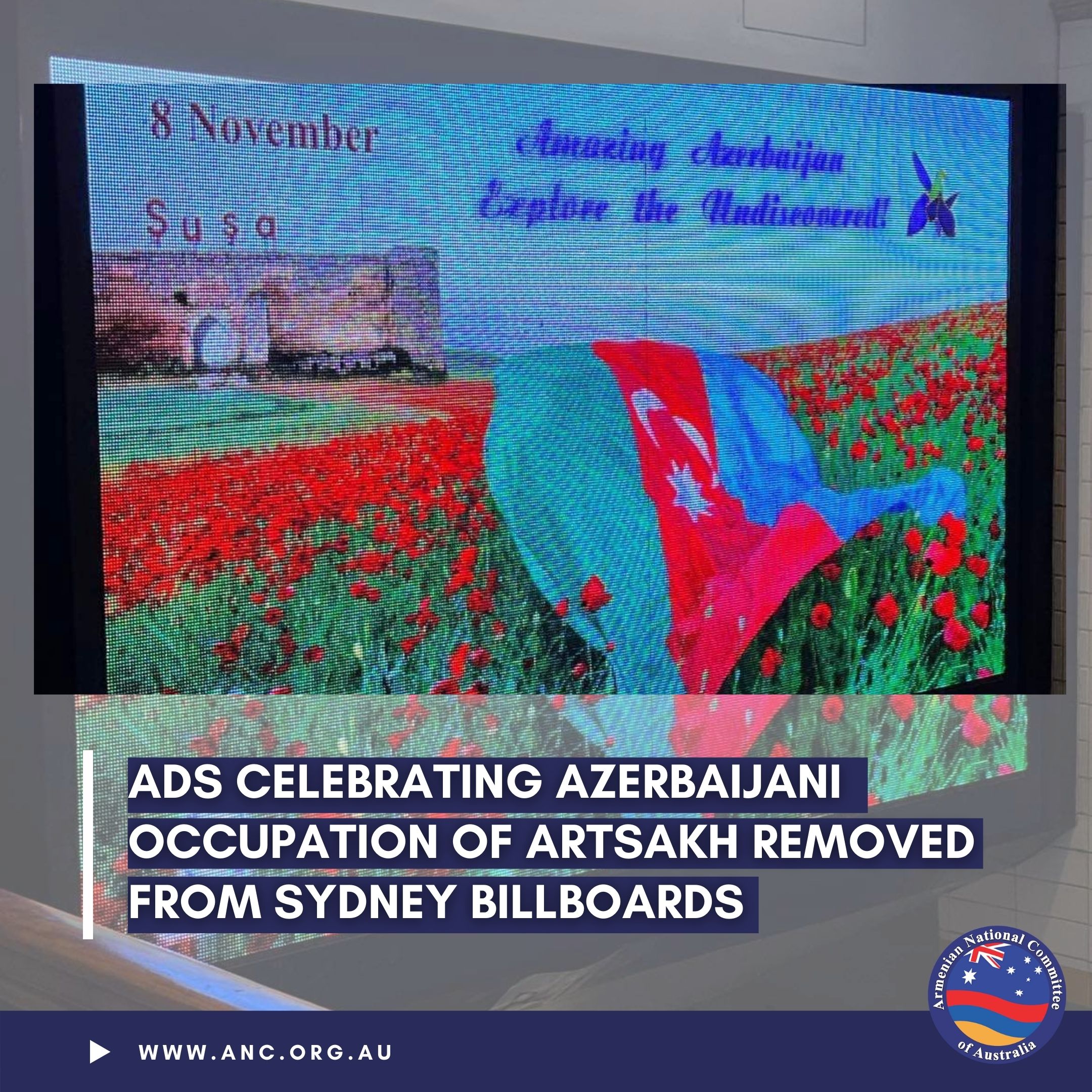 SYDNEY: Billboard advertisements glorifying Azerbaijan’s military aggression on the indigenous Armenians of Artsakh have been removed from prominent locations across Sydney in response to urgent representations made by the Armenian National Committee of Australia (ANC-AU).

oOH! Media removed the advertisements, which were masquerading as Azerbaijani tourism promotions urging Australians to travel to the Azerbaijani-occupied historical Armenian city of Shushi, from their billboards.

In the letter addressed to the company’s Chief Executive Officer, ANC-AU Executive Director Haig Kayserian brought urgent and immediate attention to the fact their company assets were being used to celebrate and glorify the recent ethnic cleansing and crimes against humanity committed by Azerbaijan’s dictator, Ilham Aliyev.

Targeted at and designed to inflict psychological harm against the Armenian-Australian community, the digital advertisements were part of an attempt to whitewash Azerbaijan’s heinous war crimes during the 2020 Nagorno Karabakh war and ongoing acts of cultural genocide.

While the advertisements ostensibly urge the Australian public to explore the currently occupied, and ethnically cleansed city of Shushi (Susa as referred to in the advert), they contained the state-sanctioned purple bird symbol, which celebrates Azerbaijan’s so-called “victory day” against the indigenous Armenians of the Republic of Artsakh. 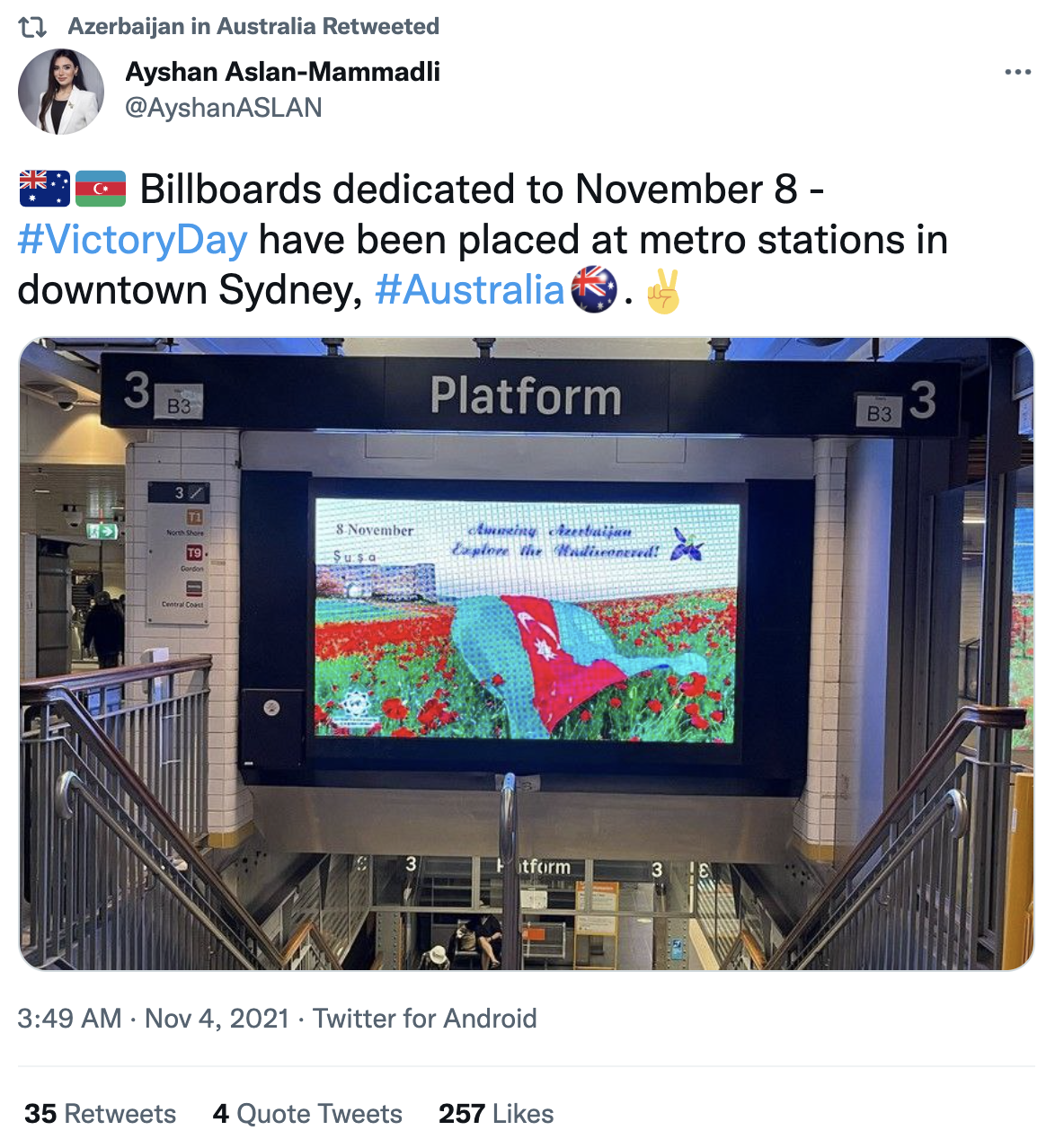 Above: A tweet celebrating the billboards before they were taken down.

The ANC-AU explained that such direct reference to the 2020 war was “an outright attempt to provoke the Armenian-Australian community, glorifying war in particular Azerbaijan’s military aggression and ethnic cleansing which left thousands dead and many tens of thousands refugees”.

“We thank the dozens of deeply offended members of our community, who contacted the Armenian National Committee of Australia upon encountering the confronting and perverted celebrations of the most deadly attacks against Armenians since the Armenian Genocide,” said ANC-AU Executive Director Haig Kayserian.

“We immediately contacted the company who controls the billboards that this glorification of genocidal dictators was being advertised, and explained its true intent was not to promote tourism, rather to cause offence and trauma to our community.”

Kayserian added: “On behalf of Armenian-Australians, we thank oOH! Media for being very receptive to our community’s concerns and for their prompt removal of all representations of the offending advertisements as well as for forgoing profit in favour of human rights and dignity.”