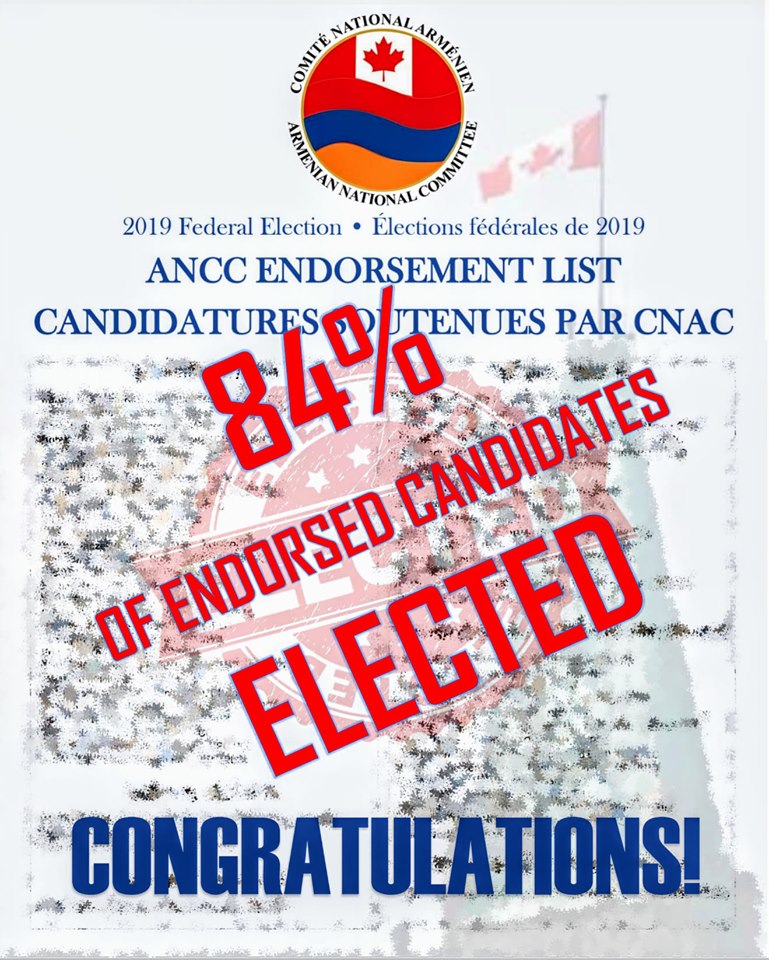 “The Armenian National Committee of Canada sincerely congratulates all the candidates that were elected during last night’s federal election and wishes them a successful time in office.

We look forward to working with our new elected officials and we are confident that together, we will be able to achieve many initiatives of mutual interest.