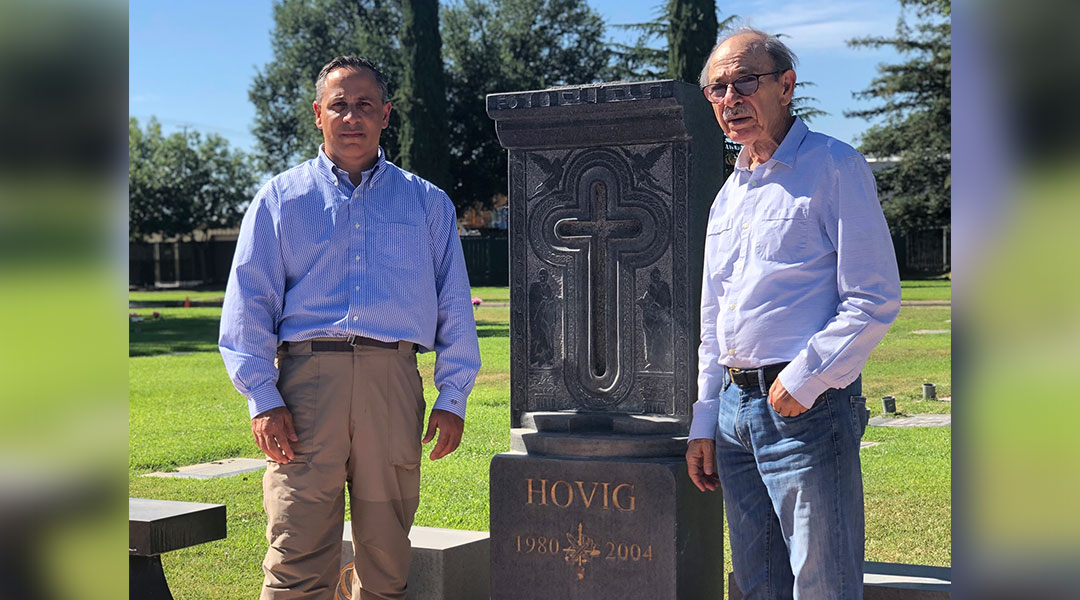 “My brother Hovig loved the Armenian Cause and respected the work of the ANCA,” remarked Nayiri Saghdejian. “Our family is proud, again this year, to strengthen Hovig’s legacy by backing the ANCA’s Hovig Apo Saghdejian Capital Gateway Program – a program that continues to inspire and uplift hundreds of emerging Armenian American leaders in Washington, DC,” she added.

The ANCA Hovig Apo Saghdejian Capital Gateway Program (CGP) offers a three-month free-housing grant, access to the ANCA network of contacts and resources, and hands-on training on how to find work in the governmental, political, policy, and media worlds. Alumni give back through the CGP Advisory Committee, which leverages the ANCA’s influential political network to assist program fellows. Mentorship, enrichment seminars, and networking events featuring alumni and Washington DC’s seasoned public policy professionals are staples of the program.

“We are grateful for the generosity and vision of the Saghdejian family,” remarked ANCA Chairman Raffi Hamparian. “The ANCA Hovig Apo Saghdejian Capital Gateway Program is a fitting tribute to a young man who was committed to our community and the Armenian Cause. The ANCA looks forward to continuing to honor Hovig’s legacy by maintaining the Gateway Program as a world-class professional development initiative.”

The Hovig Apo Saghdejian Memorial Fund was created in 2004 and raised over $50,000 for the Capital Gateway Program in just a few short months. Since then, family and friends have honored the memory of Hovig’s late mother, Rosine Saghdejian, who passed away in 2006, and Apo’s mother, Sona Saghdejian, who died in 2010, through additional contributions to the fund. These funds will be held in perpetuity, with only the income being used to finance the participation of young Armenian Americans in the ANCA’s Capital Gateway Program.

For detailed information about the Capital Gateway Program, visit: www.anca.org/gateway.

The Hovig Apo Saghdejian Capital Gateway Program was established in honor of Hovig Apo Saghdejian, the 23-year-old student from Fresno, California whose life of community leadership and public service was cut short, in July of 2004, by a tragic car accident. Hovig Apo Saghdejian was born on December 31, 1980 in Fresno, California. Early in life, Hovig became a member of the Homenetmen Armenian General Athletic Union and Scouts, and he joined the ranks of the Armenian Youth Federation (AYF), contributing to the welfare of the Armenian American community and reinforcing his commitment to his Homeland.

He breathed life into the ideals of his youth by working to preserve and reinvent Armenian identity in America, while bringing a sense of optimism to the people of Armenia for a better future. As a volunteer with the Land and Culture organization, Hovig traveled to Armenia during the summer of 2003 to work as a volunteer in Ayroum, developing infrastructure and self-sustainability for the impoverished population of this village. Beyond the value of the hard work that contributed significantly to the well being of the villagers, Hovig’s efforts helped bring hope to all he came in contact with that the future held better things for the people of Armenia. Commenting on his time in Ayroum, in a testimonial on the Land and Culture website, Hovig explained that, “I know that when I reflect back on this experience I will feel ecstatic about the work we accomplished, the things we saw, and the bonds we forged.”

Hovig attended Fresno City College, California State University of Fresno, and the University of California, Berkeley, where he majored in Interdisciplinary Studies, with an emphasis on economics, philosophy and film studies. He performed his civic duties by being politically involved, not only with the ANCA, but also with former Congressman George Radanovich on campaign and public policy projects. Hovig enjoyed life, family, and friends. He had a very special bond with his parents, Apo and Rosine, and sister, Nayiri.