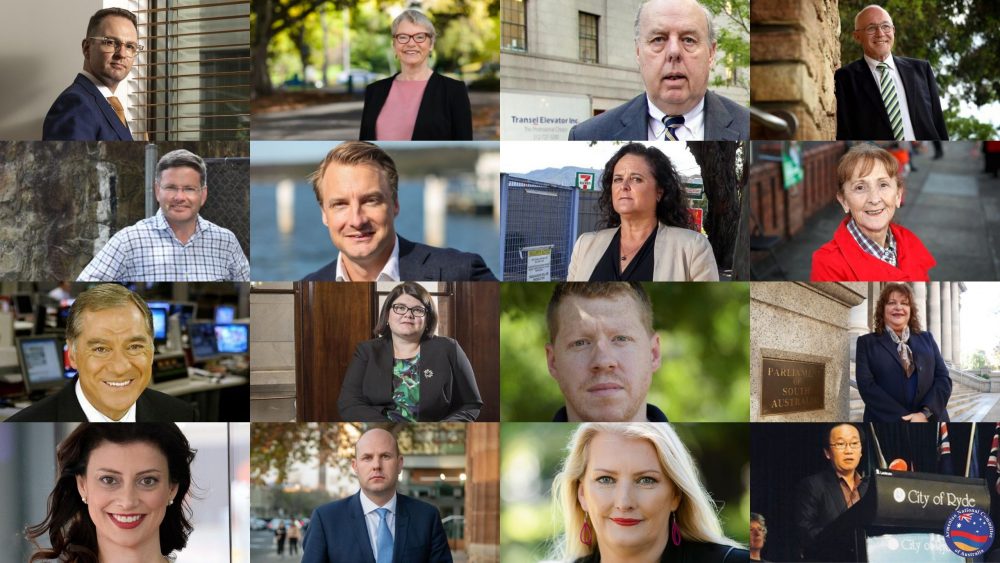 CANBERRA: Federal Senators Andrew Bragg and Janet Rice lead a group of 16 prominent additions to the ever-growing cohort of the Australian Friends of Artsakh, helping mark the two-year anniversary of the network established to support the right to self-determination of the Armenian Republic of Artsakh, reported the Armenian National Committee of Australia.

The network established under the #MOVINGMOUNTAINS catchphrase has grown from 40 inaugural signatories to now number over 70 prominent Australians who have all lended their names in support for the basic human rights and principles of self-determination of the indigenous Armenian population of the Republic of Artsakh, which is currently under majority occupation by the petro-dictatorship of Azerbaijan.

ANC-AU Executive Director Haig Kayserian welcomed the new additions to the group as a signal that the Armenian-Australian community will never give up the rights of the heroic people of the Republic of Artsakh.

“Following their egregious attacks on the Republic of Artsakh last year, Azerbaijan has only occupied 70 per cent of historical Armenian lands, but has also broken international laws to desecrate Armenian cultural and religions sites while illegally detaining over 150 Armenian prisoners of war to use as political bargaining chips,” said Kayserian.

“These actions, as well as dictator Ilham Aliyev’s open and hostile Armenophobic attitudes to the Armenian people makes it an even greater priority for the Armenian-Australian community to build allies for the Republic of Artsakh,” Kayserian added.

“These new additions exemplify the Australian spirit and history when it comes to upholding human rights and justice and that Australia, like in the cases of Kosovo and East Timor, will not tolerate the endangerment of indigenous peoples seeking self-determination.”

Fitzgibbon is the co-convenor of the Armenia-Australia Inter-Parliamentary Union along with the Chair of the House of Representatives Committee on Health, Aged Care & Sport Trent Zimmerman MP, who is also part of the Australian Friends of Artsakh, along with fellow Chairs of Federal parliamentary committees including John Alexander MP, Senator Eric Abetz, Julian Leeser MP, Jason Falinski MP and Tim Wilson MP, who is the only current Member of Australia’s Federal Parliament with Armenian heritage.

Additionally, Federal parliamentarian Josh Burns MP is also a Friend of Artsakh, as is former Leader of The Australian Greens, Richard Di Natale.

Hugh McDermott MP – who is one of several on the network to visit the Republic of Artsakh and earn a spot on Azerbaijan’s persona-non-grata blacklist – and Rev. Fred Nile MLC are also among the NSW parliamentarians in the group, along with their former colleagues, including  former President of the Legislative Council John Ajaka, Marie Ficarra and Amanda Fazio – and now the recent addition of John Dowd QC.

John Mangos and Jon Dee now make up the two media personalities in the network, both being outspoken advocates for Artsakh.

The group also features religious leaders and academics, along with former politicians, including Australia’s former treasurer and the first Federal parliamentarian of Armenian origin, Joe Hockey.

“On behalf of the citizens of the Republic of Artsakh, I would like to welcome the new members of the Australian Friends of Artsakh Network. I would also like to thank each and every member of the group for their outstanding efforts in ensuring Australia’s values such as integrity, justice, human rights and the principles of the right to self-determination are upheld,” said Kaylar Michaelian – the Permanent Representative of the Republic of Artsakh in Australia.