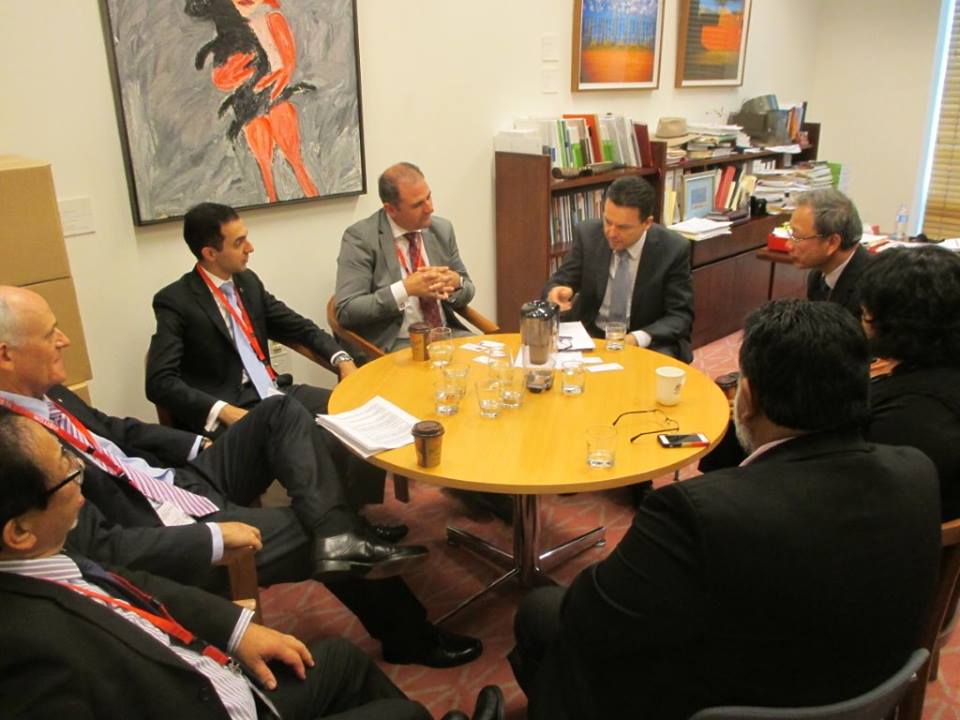 Representatives of the Indigenous, Greek, Jewish, Chinese, Arab, Armenian and Korean communities have expressed their “vehement opposition” to changes that have been mooted to sections of the Racial Discrimination Act which prohibit public conduct that is reasonably likely to “offend, insult, humiliate or intimidate” a person or groups because of their skin colour or national or ethnic origin.

The group of representatives was reacting to a story which appeared in The Australian on Tuesday speculating that the Federal government proposes to remove the words“offend, insult, humiliate” from section 18C, as well as removing the requirement that a defendant must have acted “reasonably and in good faith” in order to be covered by the free speech defences available under section 18D.

“These changes would mean that the Federal government has decided to license the public humiliation of people because of their race”, a spokesperson for the group said. “It would send a signal that people may spout racist abuse in public, no matter how unreasonably and dishonestly. It would be astonishing if an Australian government in the 21st century was prepared to embrace such a morally repugnant position. It would be utterly indefensible. The suggestion that section 18D might be amended by deleting the threshold of reasonableness and good faith comes as an especially unpleasant surprise to us”.

The group, which has been pursuing a vigorous campaign to dissuade Federal politicians against any repeal or watering down of Australia’s laws against racial vilification, vowed to step up its activities.

“The Racial Discrimination Act is one of Australia’s most iconic pieces of legislation. It goes to the heart of Australia’s identity as a nation that is both democratic and culturally diverse. The law ought not to be changed unless there are truly compelling reasons. The outcome of one contentious case falls a long way short in that regard”, the spokesperson said.

“Australia’s long term national interests in maintaining a harmonious society and the respect of neighbouring countries are being sacrificed on the altar of political expediency in order to score points in the so-called‘culture wars’. It will leave a lasting stain on the legacy of the present government if they proceed with this”, the spokesperson predicted.

“The existing sections 18C and 18D were enacted in1995 after three national inquiries in Australia found that there is a nexus between racially vilifying conduct in public and racially-motivated violence. The two sections strike a careful balance between freedom from racial vilification and freedom of expression”.

“Once people understand that the existing law only applies to serious cases and requires an objective test to be satisfied based on community standards, rather than a subject test based on hurt feelings, it becomes clear that the current law is about enabling targeted groups to defend themselves against racial vilification and has nothing to do with limiting free speech.”

It is expected that the government will table draft legislation before the Parliament within the next fortnight. “The more extensive the proposed changes are,the stiffer the opposition to it will be”, the spokesperson predicted.