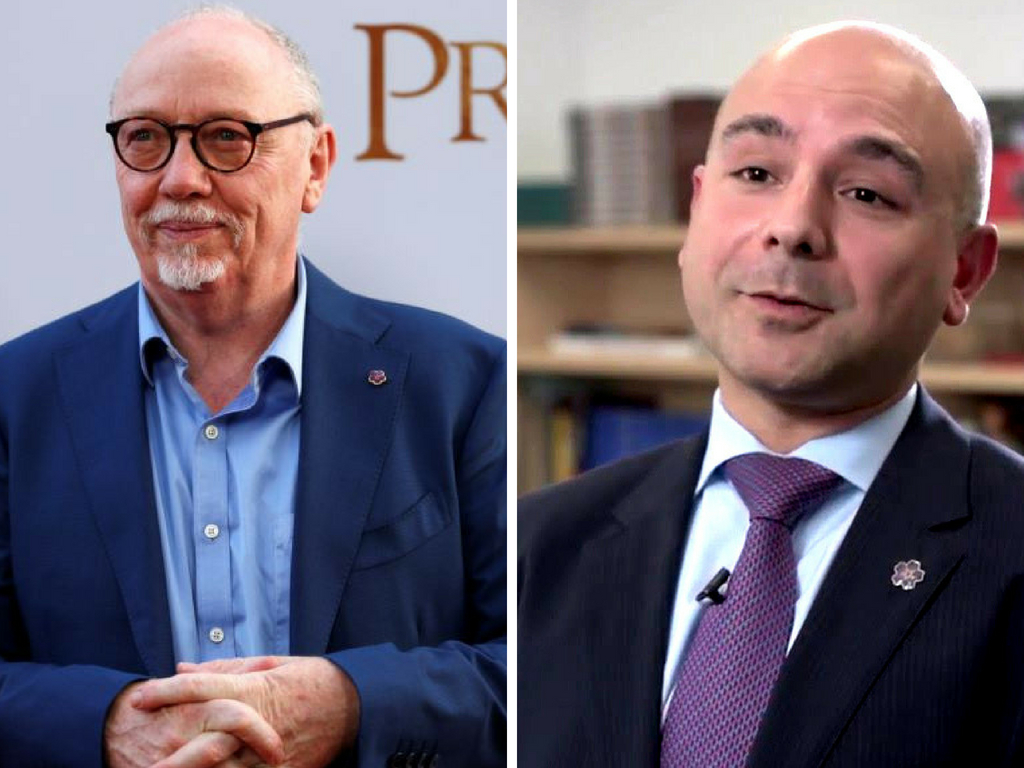 NEW YORK—Community leaders and grassroots advocates from throughout the Eastern U.S. will gather to mark a year of progress and share plans for future successes at the 12th Annual Armenian National Committee of America-Eastern Region (ANCA-ER) Gala, to be held October 13th at the prestigious Grand Hyatt Hotel in New York City.
]

Armenian Genocide-era epic “The Promise” Director and Executive Producer Terry George and Eric Esrailian will be ANCA Eastern Region Freedom Award this year, while tireless community advocate and educator Ken Sarajian will be honored with the Vahan Cardashian Award.

“We look forward to hosting the gala in New York City and coming together to honor and recognize Terry George, Eric Esrailian, and Ken Sarajian, who have worked tirelessly not only to advance the Armenian Cause but to raise awareness about genocide and atrocities for all humanity,” said ANCA-ER Chairman Steve Mesrobian. “The gala committee is working hard to organize an incredibly memorable event.”

This year’s gala will feature an elegant cocktail hour and silent auction followed by dinner and program. Individuals interested in purchasing tickets or to obtain individual or corporate sponsorship information, please visit https://ancaef.org/gala/ or call 201-788-5425.

The ANCA-ER Freedom Award honors individuals who have succeeded in bringing the history of the Armenian people and the truth about the Armenian Genocide to the mainstream public consciousness. Terry George, recognized internationally for his groundbreaking film, “Hotel Rwanda” in 2004, and Eric Esrailian helped to fulfill the vision of the late Kirk Kerkorian, educating the public about the perseverance of the Armenian nation through the international blockbuster, “The Promise.” Though several obstacles were unleashed during production, the film went on to screen in the Vatican, the United States Capitol, various venues worldwide, and most recently, at the 2018 Smithsonian Folklife Festival.

“I am truly honored to be the latest recipient of the ANCA – ER Freedom Award,” explained George. “The fight for worldwide recognition of the Armenian Genocide is a central battle in the never-ending struggle for truth, justice and reconciliation. I am proud to be a small part of that struggle and excited to renew my commitment to the continuing struggle of the Armenian diaspora. Thank you to the ANCA-ER for their great work.”

Life-long community advocate and educator Ken Sarajian will be receiving the much-deserved 2018 ANCA Eastern Region Vahan Cardashian Award (Photo courtesy ANCA)
The Vahan Cardashian Award is given annually to an ANCA Eastern Region activist or supporter who demonstrates longstanding accomplishments on behalf of the Armenian Cause. The 2018 Cardashian Award recipient Ken Sarajian continues to work diligently within the Armenian community and in his chosen field of public education to promote civic activism and awareness. Along with building strong key Congressional relationships throughout the years, he, more recently, joined Shant Mardirossian at the New Jersey Council of Social Studies, educating teachers on the life-saving efforts of Near East Relief during the Armenian Genocide.

The ANCA Eastern Region Endowment Fund is a 501(c)(3) charitable and educational organization that supports the Armenian National Committee of America Eastern Region in outreach to Armenian American communities. All contributions to the ANCA ER Endowment Fund are tax-deductible to the full extent allowable by law.