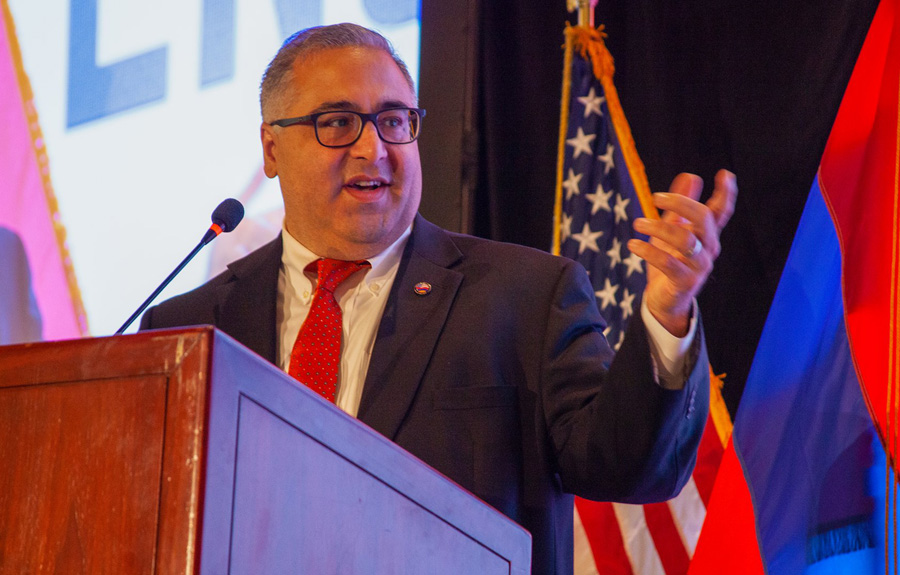 The Paternalism of ‘Preparing’ Armenians for Peace

Armenians don’t need to be “prepared” for Artsakh peace.

The unbridled arrogance of those who say we do is stunning.

As if we were children, unaware of our own best interests.

And that those “preparing” us had our best interests at heart.

Spare us the paternalism.

We know our history – its trials, tragedies, and triumphs.

And we know the long history – the lies and betrayals – of the global interests who, today, once again, claim for themselves the right to “prepare” us for our own future.

To ever engage on such condescending terms would be to disrespect ourselves.

To accept such paternalism would represent an existential surrender of the worst sort, a shameful self-identification of Armenians – by Armenians – as the objects of Armenian history.

That we will never do.

We are the rightful subjects – the determined drivers – of our destiny.

That being said, we remain open to reason.

If there are arguments to be made for particular Artsakh proposals, they should be presented and debated respectfully, on their merits.

Supporters of the Madrid Principles, for example, should make their case – citing relevant precedents, offering fact-based analyses, and modeling likely long-term outcomes – not using ad hominem attacks or seeking to infantilize the other side.

For our part, the ANCA has presented a detailed case against the Madrid Principles as a deeply flawed and ultimately counter-productive plan that sets back the cause of peace and raises the risks of renewed war. We hold that they are “profoundly asymmetrical, demanding upfront, strategic, and irrevocable concessions of land and security from Artsakh in return for only vague, deferred, and reversible promises regarding status from Azerbaijan.” As an alternative, we propose that the OSCE Minsk Group help develop “a new, democracy and self-determination driven approach that addresses – on a horizontal basis and in a package-based format – outstanding status and security issues between the republics of Artsakh and Azerbaijan,” and that Artsakh be restored as a direct stakeholder and full participant in all talks regarding its future.

Here in Washington, it’s painfully clear, in the context of all that has transpired, that Azerbaijan’s allies see the phrase “preparing populations for peace” as a clever way to advance an anti-Artsakh agenda without coming across as too overtly pro-Baku.

Aram Hamparian is the