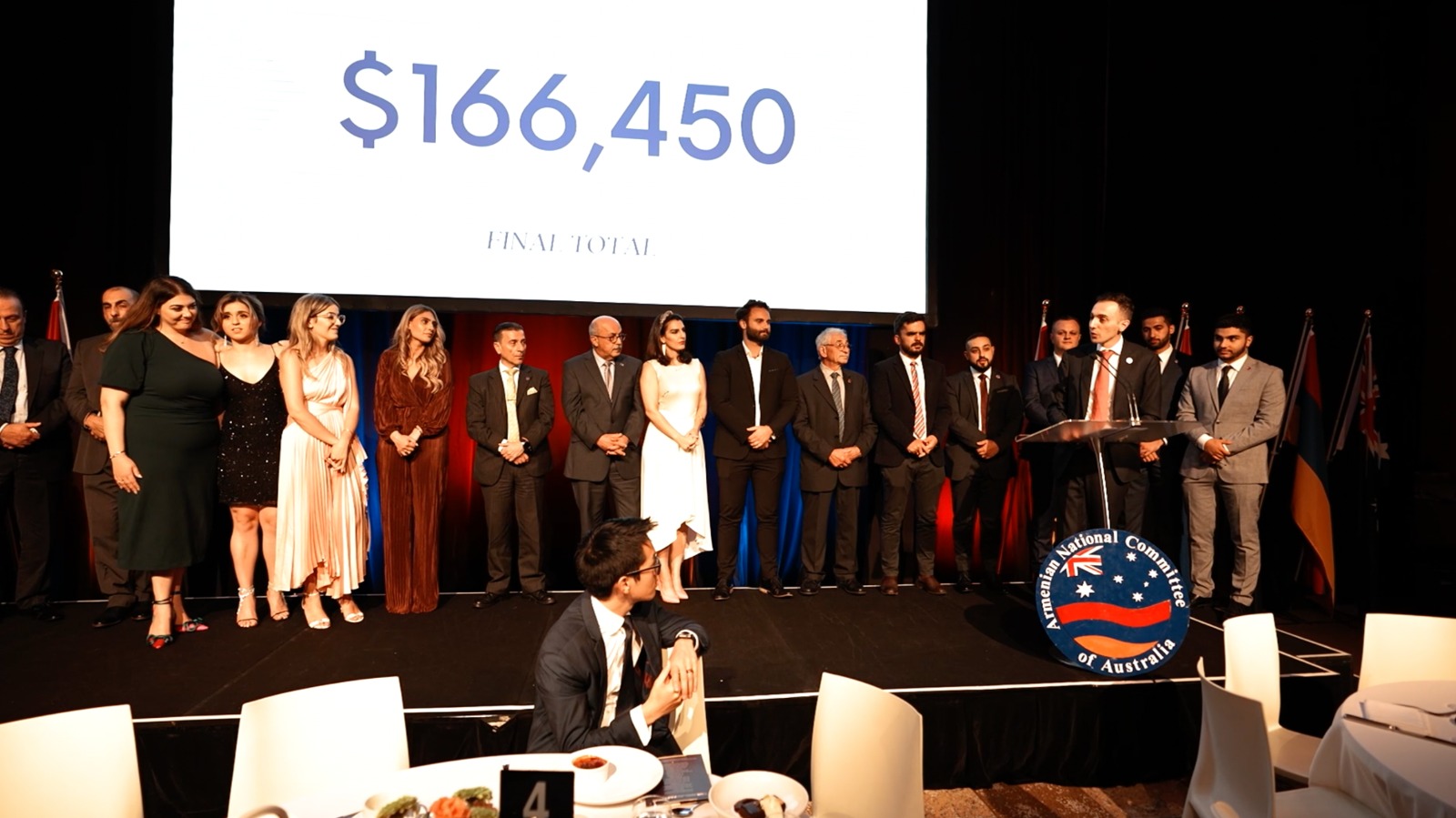 The 2021 Annual Gala, delayed due to Covid restrictions, was held at the glitzy Museum of Contemporary Art on Saturday 19th February 2022. The masters of ceremonies were ANC-AU Political Affairs Director Michael Kolokossian and ANC-AU Executive Administrator Sarine Soghomonian.

After highlighting the so-called normalisation process between Turkey and Armenia as “bogus” and explaining the gaps the Australian Government needs to fill in order to join the righteous on the Armenian Genocide and Artsakh, Kayserian committed the ANC-AU to constant renewal of its grassroots to achieve the public affairs goals set out by the Armenian-Australian community.

“We Armenians have no choice but to believe this to be true. Against corrupt petro-billions and internationally legitimised autocracies, all we have are ‘little grassroots people’, who together, need to change the world because––borrowing from Ben Franklin––’Justice will not be served until those who are unaffected are as outraged as those who are’.”

With the formal proceedings over, the Gala featured one of the most anticipated segments of the night, with several one-of-a-kind pieces, including memorabilia, artworks, and valuables going up for auction, which helped raise vital funds for the ANC-AU’s grassroots advocacy efforts.

The ANC-AU’s nights of nights concluded with closing remarks, a vote of thanks from ANC-AU Chairman Vache Kahramanian, and an announcement that the Gala raised $166,450 (which later rose to $170,000) to boost ANC-AU’s advocacy efforts for 2022.